As Iraq war vet Scott Olsen awaits surgery in an Oakland hospital, Mayor Jean Quan and the Oakland Police Department are under a cloud for their aggressive crackdown against #OccupyOakland on Tuesday night. Olsen was struck in the head by a projectile fired by police then in a violent clash with protesters. Precisely what struck him remains unclear, but the Guardian reported yesterday that a photographer documenting Olsen’s injury went back to the scene and found a bean-bag round next to the bloody spot where Olsen went down.

Questions are swirling as to whether Oakland police used excessive force and violated the department’s own crowd-control policy. The OPD denies that Oakland officers used flash-bang grenades and rubber bullets against the crowd, despite allegations to the contrary. (OPD spokespeople suggested that other law enforcement agencies may have used them.) Interim police chief Howard Jordan has admitted to the use of tear gas and bean bags, saying his officers used them as a defense against bottles, rocks, and paint thrown by angry protesters.

On Tuesday night I was at the intersection of 14th and Broadway, just outside Frank Ogawa Plaza, for several harrowing hours: I witnessed police officers firing projectiles indiscriminately into the crowd—not carefully targeting instigators, as OPD policy dictates. Freelance reporter Angela Bacca, who was also there, told me that upon arriving she “got tear gassed almost immediately,” and then saw police fire bean-bag rounds at a woman carrying water to demonstrators to help them rinse tear gas out of their eyes and off their clothes. “They were just shooting at people trying to get them out of the way,” Bacca said. “I definitely thought it was unprovoked.” The OPD has not responded to requests from Mother Jones by phone and email for comment.

According to the OPD’s policy, projectile bean bags can only be used narrowly and not for general crowd control:

Less lethal specialty impact weapons that are designed to be direct fired at a specific target (“Direct Fired SIM”) including but not limited to flexible batons (“bean bags”), shall not be used for crowd management, crowd control or crowd dispersal during demonstrations or crowd events. (PDF)

The OPD policy spells out three specific circumstances in which bean bags can be fired on people: “against a specific individual who is engaging in conduct that poses an immediate threat of loss of life or serious bodily injury to themselves, officers or the general public when other means of arrest are unsafe,” or “who is engaging in substantial destruction of property which creates an imminent risk to the lives or safety of other persons,” and only “when the individual can be targeted without endangering other crowd members or bystanders.” 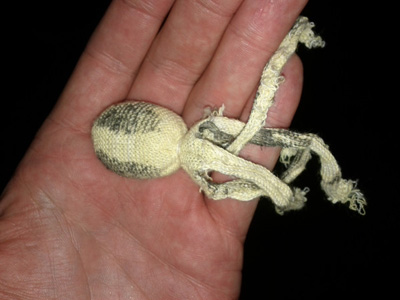 A shot-filled bean-bag round held by a protester at Frank Ogawa Plaza Tuesday night. Schuyler Erle/TwitterThis isn’t the first time the Oakland Police Department has been accused of excessive force. After demonstrators filled the streets of downtown Oakland in June to protest the death of Oscar Grant, the young black man shot and killed by a BART transit officer in 2009, the National Lawyers Guild filed a lawsuit accusing Oakland police of violating its crowd-control policy. The Guild put a statement on its Web site Wednesday condemning the use of force by OPD during Tuesday’s clash, and said the department may have violated the same policy by deploying bean-bag rounds that night.

Mayor Quan has promised an investigation into police misconduct and expressed her “deepest concern for all of those who were injured.” On Wednesday she made her first public appearance since returning from a trip to Washington, DC, where she said she wanted to “prevent last night’s events from happening again” and announced plans to visit the plaza Thursday night in an attempt to smooth relations.

Joseph Carter of Iraq Veterans Against the War, who is organizing media interviews on Scott Olsen’s behalf, told me police investigators have spoken with a handful of eyewitnesses about Olsen’s injury, but says the department has yet to reach out to Olsen’s family. There is no word from the OPD on when its investigation will be completed.