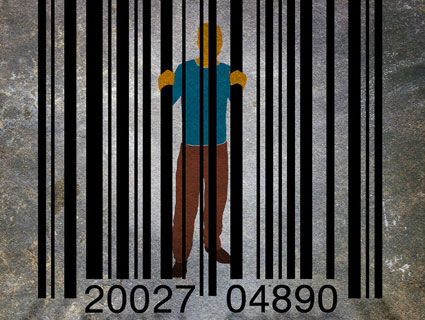 In February 2005, nine-year-old Jessica Lunsford was kidnapped, raped, and buried alive by a twice-convicted sex offender who lived a few hundred feet from her home in Homosassa, Florida. The crime horrified Floridians, and a little more than two months later, then-Gov. Jeb Bush signed the Jessica Lunsford Act, which mandated a minimum sentence of 25 years for first-time sex offenders who target children under 12 and life sentences for recidivists. It also required some released sex offenders to wear GPS tracking devices for the rest of their lives.

Almost immediately, there were calls for similar legislation across the country. Lunsford’s father, Mark, joined the campaign, appearing on Oprah and Larry King Live and winning support from high-profile figures such as Bill O’Reilly, who declared, “This is literally a life-and-death battle to save our youngest and most vulnerable citizens from abuse, torture, and murder.” In addition to Florida, 44 other states have since passed what’s become known as Jessica’s Law (PDF). The laws vary slightly state by state, but all mandate stiff sentences; 39 permit electronic monitoring for released offenders (of those, 24 authorize GPS monitoring). “Instead of them stalking our children, let’s stalk them,” Lunsford said at a 2006 event promoting the law in California.

The push to implement Jessica’s Law in all 50 states has been spearheaded by Stop Child Predators, a nonprofit formed in 2005. The group’s determination to crack down on criminals who prey on kids is unquestionable. But there is another group with an interest in its work: GPS and tracking companies, which stand to gain as SCP’s model legislation spreads. There are an estimated 736,000 registered offenders out there (PDF); satellite tracking equipment costs anywhere from $15 to $20 per person per day (an expense often paid by parolees). One of SCP’s official corporate partners is Omnilink Systems, a major vendor of “offender monitoring” devices. SCP president Stacie Rumenap is a member of Omnilink’s advisory board. A company brochure quotes her as saying SCP is “proud to support the use of” Omnilink’s technology. The company has not said how many states it has sex offender monitoring contracts with.

In 2009, Lunsford, who serves as the chairman of SCP’s advisory board, took a $100,000-a-year consulting job with Technology Investors, a Florida firm that creates databases to keep track of sex offenders. He told the St. Petersburg Times that the company’s founder, data-mining maven Hank Asher, suggested that he shut down his own nonprofit, the Jessica Marie Lunsford Foundation, so he could “focus on legislation.”

There is a universal “desire to keep kids safe,” Rumenap notes. She downplays the idea that SCP’s work is intended to benefit its corporate supporters. “This is an easy issue for companies to get behind,” she says. “Who wants to argue against it?” A petite and charismatic blonde who has served as the deputy director of the American Conservative Union and director of the Conservative Political Action Conference, Rumenap is also the director of corporate relations at the Mercatus Center, a think tank funded by conservative billionaire Charles Koch.

SCP also has close ties the American Legislative Exchange Council, a low-profile yet influential clearinghouse of pro-business state legislation. SCP is an ALEC member, and ALEC adopted its template for a sex offender bill in 2006. Rumenap says that the “access to” legislators that ALEC provides has been “extremely” helpful in getting Jessica’s Law into wider circulation. Since April, she has been the co-chair of ALEC’s Public Safety and Elections Task Force, which oversees criminal legislation, including a bill that would require parolees and defendants out on bail to submit to GPS monitoring. It would also require ex-cons to “pursue specified education courses,” a potential windfall for student loan companies and for-profit colleges.

Those companies, as it turns out, are also well represented in Rumenap’s organization: SCP was founded by three executives from the College Loan Corporation, another of its corporate partners. Its board includes the CLC’s chief marketing officer and a top lobbyist for the Apollo Group, the parent company of the University of Phoenix.

“I don’t doubt that Stop Child Predators is genuinely interested in stopping child predators,” says Lisa Graves, executive director of the Center for Media and Democracy, which recently published a cache of more than 800 pieces (PDF) of cookie-cutter legislation promoted by ALEC. No matter how laudable a bill may be, she says, the public has a right to know whether it will financially benefit a particular company. “If people knew that there was a profit motive behind it, they might have greater skepticism about whether this is the best solution or not.”