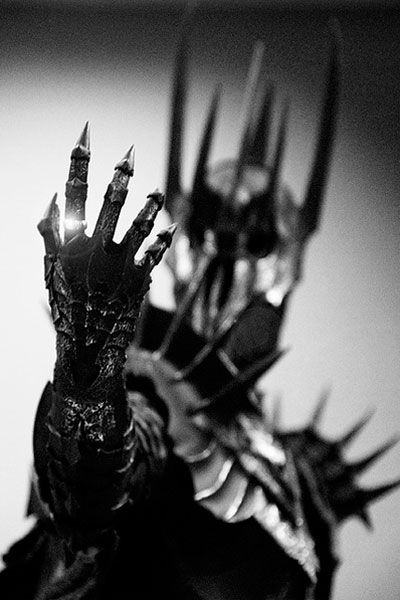 Erik Kain makes a rather broad statement about fantasy as a genre:

Most fantasy is written by British and American authors. Traditionally, fantasy has woven together Medieval feudalism and faerie folklore in some fashion or other. Yes, there are myths from all countries, and even fantasy literature written in Germany or Spain or elsewhere, but the market has been historically dominated by the Anglosphere, and I think is rooted more in the myths of the Anglosphere specifically than in Christianity more broadly.

What Kain is talking about here is not “fantasy” but Nordic-inspired High Fantasy, a sub-genre he correctly identifies as being rooted in a mixture of Christian and pre-Christian concepts. Calling this “fantasy” rather than identifying it as a specific sub-genre ignores the vast canon of fantasy stemming from other parts of the world, including Arab and Islamic countries (from which Americans get those zombie flicks we love so much) and fantasy from China and Japan. If you accept that fantasy has gone beyond literature into other forms of storytelling, then in the realms of comic books, video games, and animation East Asian fantasy is arguably more popular than the High Fantasy Kain identifies as defining the genre.  Referring to works of fantasy inspired by medival Europe as the genre itself is identifying a baseline “normal” based on cultural perspective rather than objective factors. Tales associated with Jubei Yagyu, Sinbad, or even Anansi are no less fantastic for being non-European.

To briefly address Kain’s other point about the supposed absence of Jewish fantasy writers (actually untrue), the fact that medieval Europe was incredibly hostile towards Jews might explain why there aren’t a really large number of Jewish writers who specialize in that particular sub-genre of fantasy. But Kain seems to buy the notion that Jewish authors are hostile to fantasy in general, a theory which, as Spencer Ackerman pointed out some time ago, fails rather spectacularly in the face of the existence of the American superhero. To exclude other cultures’ fantasy offerings is to define the genre in a uselessly narrow fashion, and to ask why Jews and Muslims, Japanese and Ghanians don’t come up with fantasies that resemble exactly those of British writers is to ask a question with a profoundly obvious answer.