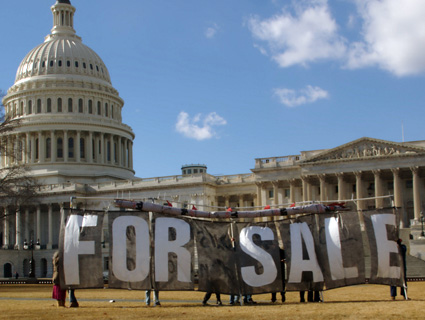 A bit over an hour into the five-hour drive across the ferrous red plateau, heading south toward Uganda’s capital Kampala, suddenly, there’s the Nile, a boiling, roiling cataract at this time of year, rain-swollen and ropy and rabid below the bridge that vaults over it. If Niagara Falls surged horizontally and a rickety bridge arced, shudderingly, over the torrent below, it might feel like the Nile at Karuma.

Naturally, I take out my iPhone and begin snapping pics.

On the other side of the bridge, three soldiers standing in wait in the middle of the road, rifles slung over their shoulders, direct my Kampalan driver Godfrey and me to pull over.

“You were photographing the bridge,” one of them announces, coming up to my open window. “We saw you.”

“Taking photos of the bridge is expressly forbidden,” the second offers by way of clarification, as the first reaches in and grabs the iPhone out of my hand. “National security. Terrorists could use such photos to help in planning to blow up the bridge.”

To no avail. I open my car door and begin to get out—but the third soldier pushes me gently back and then leans into the window, peering amiably. “And besides,” I continue, “there were no signs forbidding such photographs. Anyway, if it’s such a big deal just give me back the phone and I’ll delete the photos. You can watch.”

I’m beginning to panic. As with most of us nowadays, pretty much my entire life is couched inside that bloody little device: contacts, calendars, hotel reservations, all my appointment coordinates for the coming days.

“Ah no,” Soldier Three smiles in a silkily practiced manner. “You are not to worry. This is not an affair about you. This is an affair between Ugandans. It is your driver who was at fault. He is a Ugandan, he should have known about our national security and how no one should photograph the bridge. Let them work it out.”

And indeed, when I turn around Godfrey is no longer behind the steering wheel. He’s with the other soldiers, remonstrating away. “Don’t you worry,” repeats my guy indulgently, a broad smile spreading across his face as if we are the best of buddies. “Give them time.” And then, as if to pass the time himself, he adds, “So, how do you like our excellent country?”

Minutes go by with Godfrey and his two interlocutors on the other side of the road, locked in fervent colloquy—much hand waving, arm flinging, rifle toying, shouting, cajoling, and then smiling, even guffawing—until finally, 15 minutes and $20 later, Godfrey comes ambling back to the car, climbs into the driver’s seat, and hands me the iPhone.

(Memo to would-be terrorists: If any of you are planning to blow up the Karuma bridge, make sure to budget an extra $20 photography fee during the planning phase.)

Anyway, Godfrey turns the key, revs up the car’s engine, and we resume our climb out of the canyon of the Nile and back onto the flat, red, shrubby plateau.

“Does that kind of thing happen often?” I ask Godfrey, who in much of the rest of his life is a Kampala taxi driver.

“All the time,” he assures me. Two or three times a week. He has to figure it into his budget, and it’s a large item. Just the other day, he adds, he turned down a one-way street in the middle of Kampala and found, a couple hundred yards on, that it was completely flooded. As he gingerly made his way back to the intersection, a traffic cop was happily standing in wait to give him a hefty fine for driving the wrong way on a one-way street—either that or a 100,000 shilling tip (about $5, which in Kampala might otherwise pay for two good meals) to make the problem go away.

It’s to be expected, Godfrey went on. The soldiers are conscripts, the traffic cop a lowly underling, and they’re all notoriously underpaid. Or rather, their superiors carve out a substantial part of their salaries for themselves, leaving these men with hardly enough to live on, let alone maintain a family. The opportunity to garnish bribes becomes a necessary perk of the job. The trouble is, he continued, such corruption riddles the entire country, infesting virtually every transaction with the state.

We are silent for a few moments, the scrub brush racing by. Then Godfrey asks, “Doesn’t this sort of thing happen in America?”

I don’t even hesitate. Not really, I tell him: not blatantly like that, and not frequently, certainly not all the time.

Only, then I get to thinking, because that answer turns out to be way too glib. It’s not that the United States lacks corruption, I go on to say—or even pervasive corruption. It’s just not of the low-level and petty variety like the kind we just went through, not most of the time anyway. In America, corruption is concentrated at the highest levels of society—and it masquerades, for example, under the name of “campaign finance.”

Election campaigns have become so expensive that candidates have to go begging, hat in hand, to anyone who will finance them. And the billionaires and millionaires and bankers and hedge-fund operators and portfolio managers and CEOs and their lobbyists are, in turn, only too happy to contribute. They lard the “people’s representatives” with grotesque “contributions” after which those representatives prove only too willing to turn around and carve out billions of dollars in specifically targeted tax breaks and subsidies structured exclusively for them—precious dollars which then can’t be used to fund schools or clinics or playgrounds or to further the public good in any way.

And it’s worse than that: once congressional representatives or their senior staff retire, they almost invariably get much higher paying lobbying jobs working for the very industries over which they had once held sway—a further incentive not to upset those monied interests when still on the public payroll.

So regulations get gutted, calamities ensue, and guess who gets stuck cleaning up the inevitable mess, whether financial, environmental, or of any other sort: yup, the taxpayers. Tax laws get dictated or often just written by the lobbyists of those same monied interests, with all sorts of sweet loopholes carved out especially for them—not infrequently for them individually—so that, in the end, the richest man in America reports he’s getting off with a lower tax rate than his secretary.

No: even he’s embarrassed! Education, meanwhile, is funded according to narrowly local property taxes—and the rich make sure it stays that way. The result? Their kids get a far better education than those living in poorer neighborhoods. When people try to remedy that injustice through affirmative action programs which at least recognize the unfairness of the competition for access to, for example, university slots, the rich protest and get judges to overturn such programs as racist. They are, however, perfectly happy to take advantage of other programs that assure the acceptance of the children of alumni, no matter their scholarly performance, and no one says boo. It’s all perfectly legal.

In America, as W.E.B. DuBois noted toward the end of his life, “We let men take wealth which is not theirs; if the seizure is ‘legal’ we call it high profits. And the profiteers help decide what is legal.”

In Uganda, corruption often arises out of desperation. In America, more typically, its wellsprings are greed, pure and simple. And it’s hard to decide which is the more dismaying, the more disfiguring, the more disgusting.

Lawrence Weschler is director of the New York Institute for the Humanities at NYU. His newest book, just published, is Uncanny Valley: Adventures in the Narrative (Counterpoint). To listen to Timothy MacBain’s latest Tomcast audio interview in which Weschler discusses his new book click here, or download it to your iPod here. To stay on top of important articles like these, sign up to receive the latest updates from TomDispatch.com here.