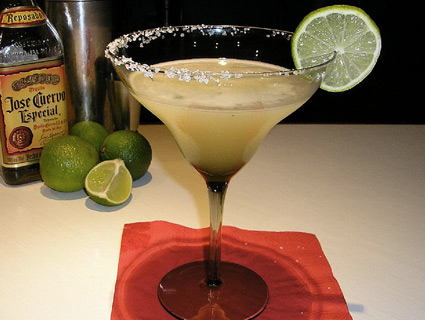 If the economy remains sour, this might be the most the CIA's party budget can afford this year.<a href="http://www.flickr.com/photos/samsmith/8748676/">Drunken Monkey</a>/Flickr

The combination of the stagnant economy and Washington’s budget-slashing frenzy keeps claiming casualties. Along with the expected toll on small businesses and—believe it or not—chunks of Wall Street, treasured vices have faced hard times. Dippin’ Dots, one of the world’s favorite drunk-at-a-ballpark snacks, filed for Chapter 11 bankruptcy protection in early November. Federal agencies have been ordered to seriously cut down on give-aways of government-issued swag (i.e. stress balls, mouse pads, baseball caps, pens, tote bags). And in mid-July, Minnesotans almost had to bid adieu to their beloved cigarettes and beer.

Things might be looking rather barren, but at least we still have those fun annual CIA holiday parties to look forward to…ah, hell, nevermind; scratch that:

U.S. spy agencies might have been eager to celebrate their success this holiday season, following the death of Osama bin Laden, new indications that sanctions and sabotage are working against Iran, and the passage of another year without a major terrorist attack on the United States.

But with budget cuts looming, party plans are being pared back for the Director of National Intelligence and the CIA. Both agencies have for years been known — at least among elites in the insular world of espionage — for throwing lavish year-end events.

Under then-director Leon E. Panetta last year, the CIA brought in shipments of California wine, and served fried oysters, grilled shrimp and quesadillas. His predecessor, Michael V. Hayden, made sure there were musicians playing Irish music while stations set up inside the agency’s cavernous headquarters hallway served drinks and hors d’oeuvres.

But the CIA and DNI both acknowledged this week that the events this time around will be smaller, cheaper and off-limits to the press…”Scaling back our holiday celebrations is just another small example of our commitment to making sure that we continue to make wise fiscal decisions across the board,” [Director of National Intelligence James] Clapper said in a prepared statement.

Because of the sheer, widely acknowledged awesomeness of CIA-DNI holiday throwdowns, the agency might soon have an #OccupyLangley—comprised of disgruntled employees and elite journos—on its hands.

This latest budget crunch-related move seems to fit with the Obama administration’s much-hyped “SAVE Award” initiative, which rewards federal employees who propose the best ideas “to make government more effective and efficient and ensure taxpayer dollars are spent wisely” on the micro level. But as the Washington Post‘s Greg Miller noted on Wednesday, officials say that the annual DNI mixer typically costs in the ballpark of $50,000—the same amount the government spends on a single Hellfire missile.

So if this is really just another drop in the deep, towering bucket, it begs the question: Why on earth would the government scale back on one of the things the CIA has actually gotten right?