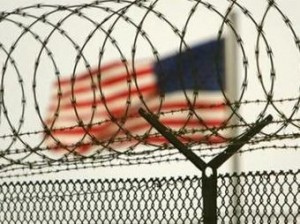 The version of the National Defense Authorization Act (NDAA) that emerged from a House-Senate conference meeting Tuesday morning contains many of the same provisions that administration officials and national security experts have warned would harm national security. But while earlier incarnations of the detention provisions were confusing and harmful, now they’re confusing and largely symbolic.

“Those who were big supporters of this provision, well, this doesn’t accomplish what they wanted. Their enthusiasm is misplaced,” said Robert Chesney, a national security law expert who teaches at the University of Texas School of Law. “Those who are decrying this as the militarization of domestic law enforcement, it doesn’t have to be that either.”

The new bill still mandates military detention without trial for any non-citizen terrorism suspect apprehended in the US who is determined to be a member of al Qaeda or an “affiliated group.” The administration now has several ways to get around that requirement, however. It could issue a national security waiver—a letter from the administration authorizing a trial in civilian court. Alternatively, the FBI could simply detain a suspect up until a determination is made that he can be detained by the military. Even after that, if the administration decides to try the suspect in civilian court, there’s still no need to put him in military custody. Under the latest version of the law, someone like underwear bomber Umar Abdulmutallab could still go from interrogation to trial without ever passing through military hands—and without the need for a national security waiver. (The national security waiver option that has been a part of the Senate bill since the earliest drafts, although the authority to grant the waiver now rests with the president instead of the secretary of defense—a change a Senate aide said was requested by the administration.)

The question is why the detention provisions remain in the bill at all. It looks like Congress, in responding to concerns raised by national security officials, essentially made the “mandatory” military detention optional. The new bill still shifts the presumption towards military custody, and in doing so, sets up a potential controversy every time a non-citizen terror suspect is apprehended in the US. The changes allow members of Congress to claim they’re not hampering counterterrorism operations while still leaving them room to slam the president should he decide to forgo military detention. Republicans have seized on previous incidents to criticize the president for not being “tougher” on terrorism by extending the military’s role. At least in a symbolic sense, this bill gives them more ammunition in case another underwear bomber type situation occurs, because they would be able to accuse the president of ignoring the law. Perhaps, convinced of the danger of micromanaging the president in advance, Congress has made it easier to do so after the fact.

“Now there’s something more concrete for the critics to point to and say, Congress expressed its will and you exploited your lawyers to do something that’s contrary to the spirit of the bill,” Chesney said. “It does ramp up political costs.” During Tuesday’s White House press briefing, Press Secretary Jay Carney did not say whether the new bill would force the White House to make good on its veto threat, remarking instead that administration officials were still looking at the new bill.

Civil liberties and human rights advocates were less convinced that the bill’s mandatory detention provisions could be so easily circumvented. A coalition of human rights, civil liberties advocates and national security experts held a conference call on Tuesday morning to warn that the NDAA still carves out a hypothetical role for the military to enforce the law on American soil. Sen. Lindsey Graham’s (R-S.C.) comment that “the homeland… is that battlefield”—made during the December 1 debate after which the Senate approved its version of the NDAA—applies equally now, said Raha Wala, a lawyer at Human Rights First. And ACLU legislative counsel Chris Anders argued that the NDAA could set up a jurisdictional conflict between the military and the FBI similar to those that exist between state and federal level law enforcement authorities.

The latest version of the bill bill maintains transfer restrictions on the transfer of Gitmo detainees that were passed last year. It also retains the language of the Senate “compromise” on indefinite detention without trial of American citizens apprehended on US soil, leaving the issue an open question for the courts to resolve. The way the compromise is worded, however, could be construed as authorizing military detention of American citizens who are captured abroad, even if they’re not apprehended fighting on a hot battlefield such as Afghanistan.

The “reaffirmation” of the 2001 Authorization for the Use of Military Force, however, did not survive the conference. Civil liberties advocates had criticized the provision, which was part of the House’s version of the bill, as authorizing an endless worldwide war against terrorism. But given everything else left in the compromise bill, they don’t consider the demise of the AUMF reauthorization much of a victory. “The House worldwide war provision was killed off,” said Anders, who described the change as merely going from “worse to bad.”