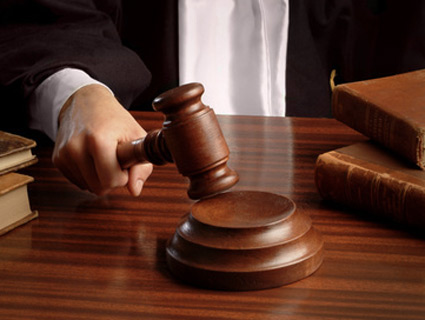 Does posting militant videos on the internet make you a terrorist?

For Tarek Mehanna it just might. Arrested in 2009, Mehanna is a Massachusetts resident whom prosecutors describe as a longtime terrorist wannabe. He isn’t just being prosecuted for trying (and failing) to acquire terrorist training in Yemen and lying to federal investigators. He’s also being tried for posting pro-jihadist material on the internet.

Mehanna’s indictment says that since the early 2000s, he and his friends watched extremist videos on the web and discussed going abroad to receive training in Pakistan and later Yemen. When Mehanna and his alleged accomplice finally reached Yemen in 2004, they were turned away by an old man who told them “all that stuff is gone ever since the planes hit the Twin Towers.” Returning home, prosecutors say, Mehanna committed himself to battling the West by other means: spreading Al Qaeda’s ideology to the masses by translating extremist documents and posting terrorist propaganda on the Internet, in the hopes of converting more to the cause.

“This case is being used by the government to really narrow First Amendment activity in dangerous new ways,” says Nancy Murray of the Massachusetts branch of the American Civil Liberties Union. “It might be speech that horrifies people, but it’s the nature of the First Amendment to protect that speech, unless it’s leading to imminent lawless action.”

Civil liberties advocates say the case represents a slippery slope. In the 2010 case Holder v. Humanitarian Law Project, which decided whether or not providing nonviolent aid (such as legal advice) to terrorist groups constitutes material support for terrorism, the Supreme Court ruled that even protected speech can be a criminal act if it occurs at the direction of a terrorist organization. Based on that ruling, you could be convicted of materially supporting terrorism merely for translating a document or putting an extremist video online, depending on your intentions.

“If he’s doing it on behalf of a designated group, he’s providing a service, and that’s the crime,” says Georgetown University law professor David Cole, who argued against the government in Humanitarian Law Project. “It doesn’t matter if the speech is itself violent or nonviolent.” The question is whether Mehanna’s actions were done at the direction of a terrorist group or whether his actions constituted “independent advocacy.”

Convicting Mehanna on conspiracy charges stemming from his alleged attempt to seek terrorist training or lying to investigators is one thing. Convicting him based on his alleged pro-jihadist internet advocacy could establish a legal path to stamping out extremist propaganda on the web. At the same time, in the view of some civil libertarians, the case could narrow the right to free speech by allowing the government to successfully prosecute the expression of radical or unpopular views as a crime. The verdict could come as soon as next week.

The Mehanna prosecution followed a series of terrorist incidents, including the 2009 shooting rampage at Fort Hood in Texas, where the internet played some role in the individual’s radicalization. In September, the Obama administration announced it had killed Anwar al-Awlaki, a radical US-born Imam whose ability to give sermons in colloquial American English made him the symbol of a new era of homegrown extremism. Though administration officials insisted Awlaki’s activities in support of terrorism weren’t merely rhetorical, he was never indicted—his death was approved by a secret national security panel.

“The dominant narrative right now among Western counterterrorism experts is that because Al Qaeda can’t undertake a big attack in the United States, they’re advocating these lone-wolf attacks, and a big part of that is pushing out that stuff online,” says Will McCants, a former counterterrorism official at the State Department. For English-speaking extremists in particular, McCants says, the internet has been a crucial tool for finding kindred souls. Though “radicalization primarily takes place in the physical world,” McCants says, “you can point to a few cases where someone has been radicalized solely on internet material.”

Testifying before Congress in April, FBI Director Robert Mueller warned: “The increase and availability of extremist propaganda in English can exacerbate the problem. Ten years ago, in the absence of the internet, extremists would have operated in relative isolation, unlike today.”

Mehanna’s defense team has argued that his views have been misrepresented and that he doesn’t share Al Qaeda’s extremist worldview. Holding radical or abhorrent beliefs, however, is still protected by the Constitution. The basic legal standard for when speech becomes criminal is referred to as the “Brandenburg test.” Stemming from a 1969 Supreme Court case, the rule essentially stipulates that speech can’t be criminalized unless it is deliberately meant to incite “imminent lawless action” and there’s a reasonable belief that action could take place.

After all, if the government can kill someone for posting extremist sermons on the internet, why can’t it put someone in prison for doing the same thing?

“That’s a very hard standard to meet,” Cole says. “The court saw from experience that prosecutions for advocacy of illegal conduct often became politically motivated prosecution of dissenters where there was no actual nexus to crime.”

But, as Cole points out, the decision in Holder v. Humanitarian Law Project created a key terrorism-related exception making even nonviolent, nonmonetary aid to a terrorist organization a crime.

The government has tried to argue that Mehanna’s speech isn’t protected for two reasons. One, that his actions reflect Al Qaeda’s call for its followers to preach its twisted gospel to Westerners. The second is that Mehanna posted extremist propaganda and responded to requests to translate materials from individuals associated with terror groups.

Scholars of Islamic extremism, however, frequently translate and post jihadist material on the internet for the purpose of study—something Mehanna’s attorneys have noted in their defense.

“The Supreme Court says the law makes a distinction between independent advocacy and advocacy at the direction and control of a group,” Cole says. Prosecuting someone for obeying a “general call” for extremists to spread Al Qaeda’s message, Cole says, seems like a reach.

The indictment alleges that Mehanna edited and translated materials at the request of known terrorists, saying of one video that he hopes it “leads to action.” Whether Mehanna acted on the direct suggestion of a terror group or not could ultimately make a huge difference.

The government has tried to prosecute other people on the basis of online activities in the past—without much success. In 2003, a University of Idaho graduate student named Sami Omar al-Hussayen was prosecuted for administering a website that linked to extremist sermons and jihadist sites that solicited donations to extremist groups.

Hussayen’s attorneys argued that he was a nonviolent man who wasn’t responsible for the material. When it came time to offer up a defense, his attorney relied on one man’s testimony—a former CIA official named Frank Anderson, who testified that people don’t become terrorists just because of what they read on the Internet. Hussayen was ultimately acquitted.

“Recruitment is personal and requires the identification, assessment, and persuasion of ‘candidates,'” Anderson told Mother Jones in an email. “Hussayen was involved in none of that…It’s not that it can or can’t be conducted over the internet.” Mehanna’s defense team is trying a similar gambit, calling former CIA official Marc Sageman to testify that Al Qaeda’s ability to recruit people over the internet is overhyped.

The political landscape has shifted dramatically since Hussayen was acquitted. Since then, the United States has killed at least two American citizens abroad whose roles, it appears, were primarily as Al Qaeda propagandists. Administration officials convicted them in a court of public opinion rather than law, testifying not on the stand but through anonymous statements to reporters. If the prosecution manages to convict Mehanna over posting and translating extremist materials without showing that he was acting on directions from people he believed to be Al Qaeda members, it could open the door to prosecution based on actions that have traditionally been seen as protected speech.

“Is a propagandist for Al Qaeda someone who works with Al Qaeda, or someone who just says positive things about Al Qaeda, or anyone the government has said is furthering the ends of Al Qaeda?” asks the ACLU’s Murray. In the post-Awlaki era, the line between “independent advocacy” and “direction or control” may not matter all that much to a jury. After all, if the government can kill someone for posting extremist sermons on the internet, why can’t it put someone in prison for doing the same thing?