Without sunlight, life on Earth would not exist. Every organism that has evolved on the surface of this planet has received energy either directly or indirectly from the sun. 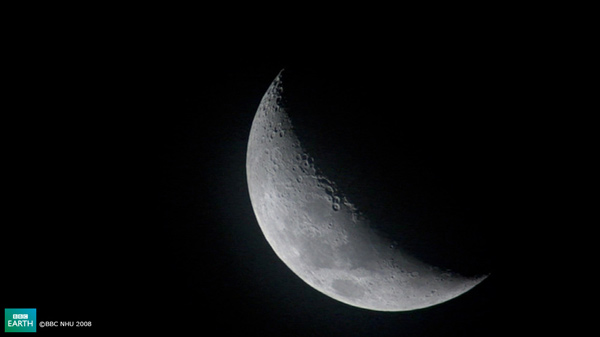 Even creatures that lie at the depths of our oceans and have never felt the sun’s rays can not only survive but also flourish thanks to solar energy. For example, 120 kilometers off California’s coast and 1,250 meters under water thrives a diverse ecosystem in complete darkness. Rising up 2,280 meters from the seafloor, the Davidson Seamount, an underwater mountain, is an unlikely “oasis in the deep.” 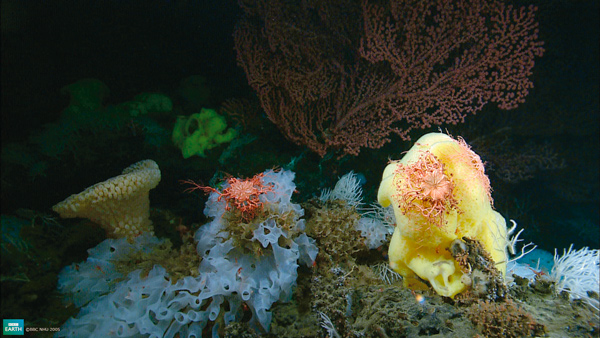 Corals and other marine invertebrates make up 95 percent of life in the oceans and are responsible for a tenth of the planet’s land.

Thought to have formed between 9 and 15 million years ago from volcanic eruptions, the ancient seamount is home to some of the slowest growing communities in the ocean. Here, the Paragorgia arborea (more commonly known as pink-bubblegum coral) grows to over three meters in height and is more than 100 years old.

How has the Davidson Seamount managed to sustain more biodiversity and a higher species count than that of its neighbouring seafloor?

Its elevated position creates complex current patterns that influence what can live there. Species like coral can attach to this terrain, and in turn provide food and shelter for other species. Due to these unique conditions seamounts demonstrate a high degree of endemism; much of the deep sea is fed by the “compost” or “marine snow” from the upper sunlit portions of the sea. As plants and animals at the surface die and decay, they fall toward the sea floor. The snow provides carbon and nitrogen to feed many of the scavengers in the deep sea—a testament to the fact that the sun’s rays touch far beyond where they can be seen.

But what happens when there are no nutrient-rich currents to feed from? No organic material falling down from above? Or when the extreme conditions make life almost impossible?

Over the last 30 years, researchers have discovered deep-sea ecosystems that live independent from the sun’s energy. These communities survive by utilising chemical rather than solar energy. Deep-sea organisms such as mussels, shrimps, and squat lobsters host methane-fixing bacteria, which convert the chemical energy of methane bubbling out from the sea bed into nutrients.

In this remarkable video from BBC Earth’s Life series, David Attenborough shows us exactly how an assumed barren seabed became an abundant source of food and life.

These extremophiles have found a way to survive by utilizing the energy source which is most abundant to them—begging the question: If life has been found to flourish in even the darkest, saltiest, most inhospitable places, where might we find it next?