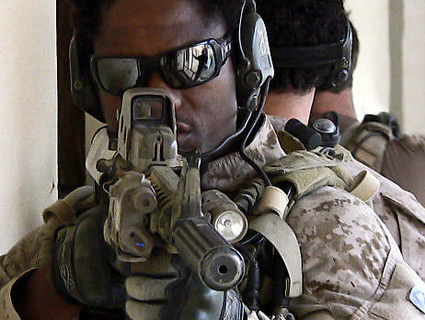 The latest example of Obama-era military badass-ery transpired last night around the time that you were probably asleep or detoxing from the president’s third State of the Union address: Just moments before President Obama took the podium, a team of more than two dozen US Navy SEALs rescued two hostages from a group of Somali pirates. By the end of the raid, nine Somalis were dead, three were detained, and the two kidnapped aid workers—32-year-old American Jessica Buchanan and 60-year-old Dane Poul Hagen Thisted—were safely extracted from the camp in northern Somalia where they were being held. The pair had been held hostage since October.

Here are a few things you should know about the mission:

1. The Somali pirates may have been stoned and sleeping: The outcome of the raid might have been a little different if the kidnappers had just said no. A pirate named Bile Hussein told the AP over the phone that the SEAL team caught the camp guards after they had passed out from chewing qat, a narcotic leaf popular in much of the Middle East and East Africa for its euphoric qualities. (Hussein said he was “not present at the site but had spoken with other pirates who were.”)

2. There’s no evidence yet that the kidnappers were affiliated with terror groups: Pentagon officials are referring to the kidnappers as “criminal suspects,” and say that there is no evidence to suggest that the perpetrators were working with al-Shabaab, a notorious Al Qaeda affiliate in Somalia, or any other international terrorist organization. The kidnapping was likely motivated by a desire to exchange the hostages for a ransom.

3. Leon Panetta gets a very public thumbs up: While breezing through the customary hand-shaking that precedes any State of the Union, President Obama took a couple seconds to tell his defense secretary “Good job tonight. Good job tonight,” referring to the just-concluded rescue operation. Here’s footage of the brief congrats, courtesy of TPM:

The president had signed off on the mission on Monday night, having received regular updates on Buchanan’s condition since the day after her abduction, according to Politico. A few minutes after leaving the House chamber, the president spoke on the phone with Buchanan’s father to inform him that his daughter was safe.

4. Yep, it was the same team—but not the same personnel—that took out Bin Laden: US officials confirmed that the mission was led by members drawn from the same group of Navy SEALs responsible for the killing of Osama bin Laden (they were not, however, the same personnel as those involved in the Bin Laden mission). The counterterrorism and special mission unit is commonly—and erroneously—called “SEAL Team 6.” The official name of the team is the United States Naval Special Warfare Development Group, also known as DEVGRU.

In the final paragraphs of his SOTU address, Obama specifically name-dropped the elite team as a shining example of nonpartisan cooperation:

One of my proudest possessions is the flag that the SEAL Team took with them on the mission to get bin Laden. On it are each of their names. Some may be Democrats. Some may be Republicans. But that doesn’t matter. Just like it didn’t matter that day in the Situation Room, when I sat next to Bob Gates, a man who was George Bush’s defense secretary, and Hillary Clinton, a woman who ran against me for president.

All that mattered that day was the mission. No one thought about politics. No one thought about themselves. One of the young men involved in the raid later told me that he didn’t deserve credit for the mission. It only succeeded, he said, because every single member of that unit did their job—the pilot who landed the helicopter that spun out of control, the translator who kept others from entering the compound, the troops who separated the women and children from the fight, the SEALs who charged up the stairs. More than that, the mission only succeeded because every member of that unit trusted each other—because you can’t charge up those stairs, into darkness and danger, unless you know that there’s someone behind you, watching your back. 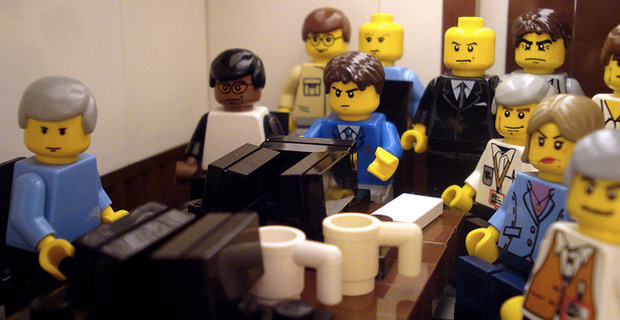 Also, Spencer Ackerman at Wired reports that the Pentagon claims that this was a “joint” operation, “meaning elite forces from the other services—most likely including Air Force air controllers and members of the Army’s 160th Special Operations Aviation Regiment“—were also involved.

5. The mission was likely launched out of a base in Djibouti: The AP reports that a “Western official said the rescuers and the freed hostages flew by helicopter to a U.S. military base called Camp Lemonnier in the Horn of Africa nation of Djibouti.” (Click here to see a photo of then Sen. Barack Obama visiting Camp Lemonnier in 2006.)

Djibouti is a crucial ally in the Obama administration’s shadow war in the region. The country hosts the Combined Joint Task Force-Horn of Africa, currently the only operational US military base in sub-Saharan Africa, and has been reported to be the home to aircraft used for secret wars in Yemen and Somalia. (A similar base is under construction in Ethiopia.)

6. Ordinary Somalis and aid groups have been at this for a while, too: The Washington Post reports that in December “aid groups and Somali citizens staged a large demonstration in Somalia demanding the release of Buchanan and Thisted, the [Danish] Refugee Council said. ‘Paul and Jessica are in Somalia to assist and support people in need. They have been accepted in Somalia as guests, but now they are kidnapped by criminals. We want them released,’ a banner held by the demonstrators said.” Numerous other demonstrations calling for the aid workers’ release were held in central Somalia in the weeks prior to their rescue.

The successful mission was Obama administration’s first real show of force backing up the president’s pledge to help stem the intensifying problem of piracy off the Somali coast. (And, yes, “SEAL Team 6” was also involved in this one, according to senior counterterrorism officials.)

8. Special operations have been on the rise under President Obama: Despite what the Republicans presidential candidates tell you, special operations forces have seen quite the spike in personnel and budget in the years since Obama took office; the raid in Somalia is just the most recent well-publicized example.

PolitiFact lays out the buildup in US special ops:

The numbers of personnel authorized for [the United States Special Operations Command] have increased from 55,890 in fiscal year 2009 to 63,779 for fiscal year 2012, according to the Pentagon. Meanwhile, the budget has increased from $8.9 billion to $10.5 billion over the same period.

“If you look at the most recent budget request, it shows that the special operations budget is projected to continue increasing through fiscal year 2016,” said Todd Harrison, a fellow with the Center for Strategic and Budgetary Assessments. “It dips a bit in fiscal 2011 due to the war funding beginning to come down, but it is projected to continue growing even without war funding in future years.”