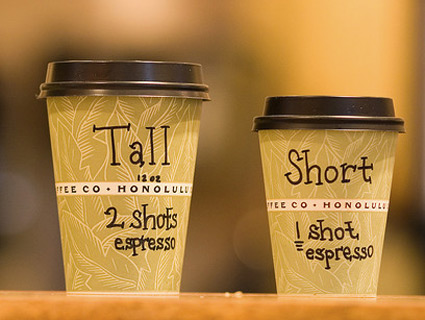 Tall men, it seems, tend to get everything in life. Heightened self-esteem, better returns in the dating world, fatter paychecks, racial-stereotype-defying careers in professional sports.

And according to some Boston medical researchers, vertically gifted gents may also have naturally superior odds at dodging heart disease than you short folk do.

Or maybe they don’t.

Tall men appear less likely than shorter ones to develop heart failure, according to a study covering thousands of U.S. doctors. Researchers in Boston said that while there is no proof that a few extra centimeters protect the heart, it was possible that short and tall people are different in other ways, including in their diets or diseases growing up, and that this too could affect heart risks.

“This study doesn’t say anything definite about whether height, itself, is going to lead to anything,” said lead researcher Luc Djousse, of Brigham and Women’s Hospital and Harvard Medical Center.

But the researchers…said it’s also possible that something about the biology of taller people, such as the distance between their hearts and certain branches of arteries and blood vessels, could decrease stress on the heart. Data came from 22,000 male doctors who were followed as part of a large study of heart disease and cancer, starting when they were in their mid-50s, on average…The taller men were, the lower their chance of heart failure, the researchers found. The tallest men in the study, those over 1.8 meter (six feet), were 24 percent less likely to less likely to report a heart failure diagnosis during the study period than men who were 1.72 meters (5 ft 8 in) and shorter.

It’s important to remember how this (just like countless other scientific studies out there) isn’t in any way conclusive, which, to be fair, the researchers fully and openly acknowledge. The height-focused part of their study, published in the current issue of the American Journal of Cardiology, sounds at least somewhat plausible: A taller frame could mean that it takes more time for blood to reach the heart, meaning less stress for the vital organ.

However, since that point is caveated to hell—infections, childhood nutrition, and other factors that can affect both heart health and height—there’s no cause to believe that Jamie Cullum is destined to cardiovascularly buy the farm years before Bob Saget does. Also, it’s worth mentioning that the medical journal The Lancet Oncology published a study in July 2011 showing a possible link between greater height and increased risk of ten common types of cancer, so there’s really no point in inferring that taller individuals are biological X-Men.

But it’s not like that is going to stop people from wondering whether being tall gets you elected President of the United States.