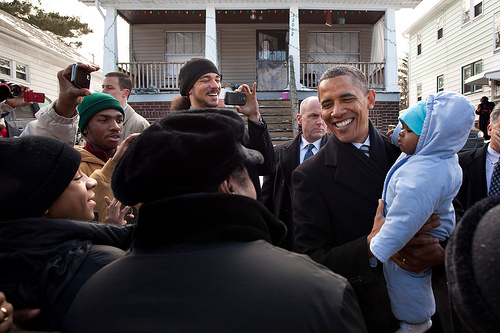 Earlier this week, The Nation‘s Jeremy Scahill reported that Yemeni journalist Abdulelah Haider Shaye, who was convicted on terrorism related charges that human rights observers said “failed to meet international standards of due process,” was being held in part because the United States asked Yemen to keep him locked up. Scahill writes that Shaye reported that many of the casualties in American strikes on supposedly militant targets actually hit civilians and his sources speculate that Shaye’s continued detention may be the result of his reporting embarrassing the United States, not a matter of actual links to terrorism.

My colleague Kevin Drum takes what I think is the wrong approach to analyzing this situation, when he asks “Is Barack Obama a Murderous Sociopath?”

The U.S. government insists that Shaye is no mere journalist. “Shaye is in jail because he was facilitating Al Qaeda and its planning for attacks on Americans and therefore we have a very direct interest in his case and his imprisonment,” says Gerald Feierstein, the U.S. ambassador to Yemen. Is that true? I have no idea.

But which do I find more likely? That Shaye is indeed affiliated with al-Qaeda based on evidence that hasn’t been made public? Or that Barack Obama is a sociopath who pressures foreign leaders to keep innocent journalists in prison based on the fact that they very slightly annoy him? Call me what you will, but I have to go with Door A. US attacks within Yemen might be bad policy. The entire war on al-Qaeda might be bad policy. What’s more, Obama — along with the entire security apparatus of the United States — might be specifically wrong about Shaye. But I don’t believe that they’re simply making this story up because of a basically inconsequential piece that Shaye wrote two years ago. That just doesn’t add up.

Drum’s rhetorical question here (is Obama a sociopath?) is one I find frustrating because it essentially turns a policy issue into a matter of trusting Barack Obama. Instead of questioning the approach to Shaye’s detention, we’re invited to consider whether this fine fellow, Barack Obama, is a murderer. And if you voted for the guy, your immediate reaction is likely to be, “Well of course not!”

Except that’s really a silly way to look at it—run with the same logic in the opposite direction and you end up with hug-gate. What we have here is really the central problem of national security in the post-9/11 era: Are the people the government says are terrorists, the people the US government asserts the right to detain indefinitely the people our government asserts the right to kill far from any declared battlefield, actually guilty? Unfortunately when it comes to terrorism, it can be difficult to ascertain, let alone prove, culpability.

When considering the overarching question, the least appropriate option I think, is simply assuming the government has justifiable reasons for its actions. The Bush administration said Gitmo held the worst of the worst, it then proceeded to release the vast majority of detainees without ever charging them with a crime. The Obama administration has assumed the authority to kill even US citizens suspected of terrorism abroad without oversight from the other two branches of government. Institutions tend to do what they can get away with, a tendency that can become ever-more problematic when they can do so under cover of official secrecy.

The response to the government declaring someone a terrorist should be, “prove it.” A sham trial by a US client regime propped up by US aid offered because of war on terror expediency doesn’t cut it.