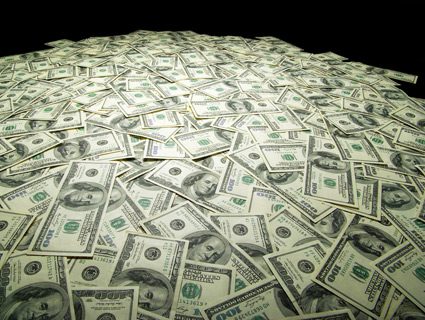 But there was another recipient of Crossroads cash that stood out: the Center for Individual Freedom, which snagged $2.75 million. Among political money experts, CFIF is known for its aggressive legal strategy aimed at toppling disclosure laws at the state level. In other words, Crossroads GPS, which doesn’t name its donors, gave millions to another dark-money group whose goals include fighting to keep dark money in the dark.

Spokesman Jonathan Collegio wrote in an email that Crossroads GPS’ donations to “effective center right organizations” such as CFIF are intended to “help build an enduring infrastructure on the right—just as labor unions have funded organizations on the Left for decades.”

Founded in 1998, the Center for Individual Freedom says its mission is to “protect and defend individual freedoms and individual rights guaranteed by the US Constitution.” CFIF preaches free-market reforms, opposes government regulations, and slams labor unions. The group blasts President Obama’s Affordable Care Act as an assault on freedom, wants lower corporate tax rates, and demands less government in the lives of Americans. (CFIF did not respond to four requests for comment.)

Little is known about who funds CFIF. Archival records at the University of California-San Francisco show that CFIF once received financial support (PDF) from the National Smokers Alliance, a tobacco industry front group. But that’s about all. In its legal filings, CFIF’s says its willingness to tackle “controversial” issues means that many of its funders ask to remain anonymous. To that end, CFIF “staunchly and zealously” guards donors’ privacy, the group says. Forcing CFIF to reveal those donors would hurt its revenue and “its ability to speak would be impaired.” Disclosure requirements cause “irreparable injury,” as the group argued in one case, and violate constitutionally protected speech.

Since 2004, CFIF has launched a broad legal campaign to roll back disclosure rules. It has filed lawsuits in Illinois, Louisiana, Pennsylvania, and West Virginia, arguing that those states’ disclosure and reporting laws “chill” the free-speech rights of groups like CFIF. In Center for Individual Freedom v. Carmouche, a federal case filed in Louisiana in 2004, CFIF argued that it “wants to address citizens of Louisiana on matters of public importance, and many in Louisiana want to hear what the Center has to say.” Yet Louisiana’s laws requiring that groups behind political spending disclose their donors and disbursements “make it impossible for the Center to speak.”

More recently, CFIF weighed in on the high-profile Van Hollen v. FEC lawsuit winding its way through the court system. At issue in Van Hollen is a Federal Election Commission loophole that lets donors bankroll so-called “issue” ads without having to disclose their names—a break from years prior. Last month, a federal judge struck down that loophole. The result could mean that the US Chamber of Commerce and Crossroads GPS have to reveal more of their contributors. CFIF, which supports the FEC’s loophole, joined the Van Hollen case as an “intervenor,” which gives it the option of appealing the judge’s decision.

Though little known, CFIF is a formidable player, say supporters and critics. It retained Jan Baran, a powerful DC election law attorney, to argue its disclosure cases in Louisiana and West Virginia, both of which it won. Known as the “dean of campaign finance,” Baran has argued numerous campaign finance cases before the Supreme Court, including McConnell v. FEC in 2003 and Citizens United v. FEC in 2010.

Paul Ryan, an attorney with the Campaign Legal Center, which supports more campaign finance regulation, calls CFIF’s anti-disclosure cases “meritless” but says the group shouldn’t be underestimated. “They don’t come across as wingnuts who don’t know what they’re talking about,” Ryan says. “They come across as skilled lawyers who need to be taken seriously.”

CFIF’s anti-disclosure efforts, Ryan adds, illustrate the latest salvo by conservatives and libertarians in their decades-long attack on campaign finance laws. Joining CFIF in this fight is Republican super-attorney James Bopp Jr., who has multiple disclosure cases in the works nationwide, and the libertarian Center for Competitive Politics. “Challenging disclosure laws,” Ryan says, “is the new wave of campaign finance deregulation litigation.”

Supporters of disclosure, like Ryan, hold out hope that such laws will survive these legal challenges, even if they make it all the way to Supreme Court. Although the Roberts court has repeatedly struck down political spending limits as unconstitutional, it has written in support of disclosure on multiple occasions. In the Citizens United decision, for instance, eight of the nine justices upheld the disclosure rules under challenge; in his written opinion, Justice Anthony Kennedy stressed the importance of transparency, which “permits citizens and shareholders to react to the speech of corporate entities in a proper way.”

Yet the conservative fight against disclosure laws isn’t going away soon, says Fred Wertheimer, a leading advocate of campaign finance regulation with the group Democracy 21. “This is part of an effort that’s based on the idea that they have a favorable Supreme Court majority,” he says, “and they might as well try to take this as far as they possibly can.”