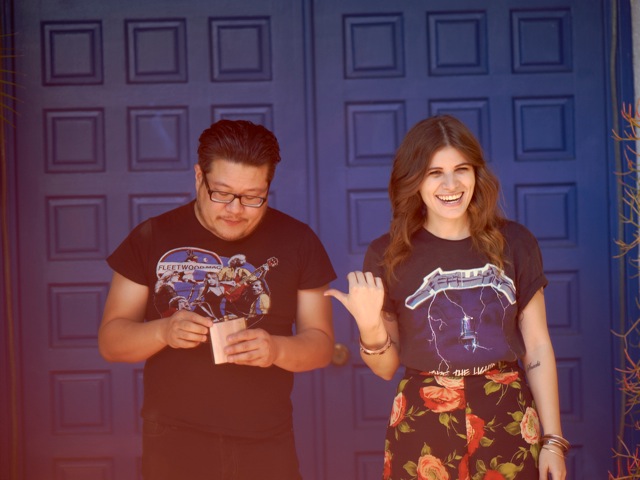 Best Coast
The Only Place
Mexican Summer
With 2010’s Crazy for You, Los Angeles duo Best Coast, consisting of youthful frontwoman Bethany Cosentino and veteran multi-instrumentalist Bobb Bruno, established itself as a fixture of the burgeoning surf-rock scene with simple garage-pop songs about boys and the beach. The pair cultivated a SoCal-stoner image with songs like “Sun Was High (So Was I),” frequent references to Cosentino’s cat, Snacks, and a distorted, hazy vibe; an adjective frequently used to describe the band’s guitar sound was “scuzzy.”

Two years later, the band is clearly trying to leave those bleary days behind with their new record, The Only Place, produced by industry big name Jon Brion, who’s worked with Kanye West and Fiona Apple. Cosentino has talked about wanting to move away from a low-fi sound towards something more grown-up, and the sound here is indeed a major departure—tidied up and slowed down. That’s not a problem in and of itself; there’s only so far you can take the two-minute-beach-song formula, and it’s nice to finally hear Cosentino’s voice coming through loud and clear. The problem is that the band seems to be equating “grown-up” with “bland,” offering up a set of tunes that sound fine but are largely lacking in the vigor and charm of its earlier work.

The title track is moderately catchy—albeit in a way that’s just begging to be made into a tourist jingle, or maybe a jeans commercial—but it’s full of generic Golden State clichés that feel more like forced shout-outs than genuinely felt appreciation. The California-boosting is repeated on the even more boilerplate “Let’s Go Home,” where Cosentino tells you, in case you missed it the first time, “I’ve seen all the mountains/I’ve seen all the trees/I’ve seen all the water/but nowhere compares to home.” That, plus the California-hugging bear on the cover, plus the band’s name—you just want say enough already. We get it. 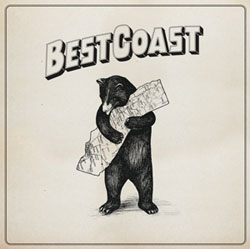 Yet for all the insistence that in California, “we have fun/we have fun/we have fun when we please,” Cosentino doesn’t seem to be having such a great time anymore. Song after song pairs a sun-kissed beat with gloomy lyrics, and it’s obvious that the band’s success and Cosentino’s sudden fame have been challenging for her. “I don’t wanna be how they want me to be,” she sings on “How They Want Me to Be,” while she beg, “You’ve gotta keep me away from what they say about me” on “Better Girl.” “No One Like You” is backed by a nice Shangri-Las-esque swing, but Cosentino has never been quite as abject as when she asks, “If I sleep on the floor/will it make you love me more?”

She’s also aiming to kick the stoner image: on “Last Year,” Cosentino sings “I used to wake up in the morning/and reach for that bottle of glass/but I don’t do that anymore/kicked my habits out the front door.” On “Do You Still Love Me Like You Used To,” she asks, “When did the life stop being so fun?” and pleads, “Lord forgive me for my sins.” On “Better Girl,” she sighs, “I want to be a better girl.”

Best Coast can still write a great hook, and its simple rhymes, repetitive lines, and filler “oohs” work fine for two-minute songs channeling a beach-bum vibe, but the clearer production and slower pace of the new album emphasize how underdeveloped the band’s lyrics and song structures are. Song after song starts off strong, then loses its spark by killing clever lyrics or melodies with repetition. Rather than nods to the simple joy of classic pop songs, these tunes come off as boilerplate. The heavy guitars and vocal harmonies of “Last Year” sound great, for example, but other than a few choice lines—”What a year this day has been/what a day this year has been”—the lyrics offer little more than banal reflections. The one song I loved unabashedly was “Why I Cry,” whose brash tempo and jabbing lyrics presented a refreshing change from the lethargic meandering of too many other songs.

So, it’s a pleasant enough album to have on in the background: blithe and bright, just kind of boring. Towards the end, on “Dreaming My Life Away,” Cosentino sings “We fell asleep” about five times in a row before ooh-ing and ahh-ing till the end of the song—which pretty much sums up the listening experience. This band is likable enough, but I miss the beach brat.