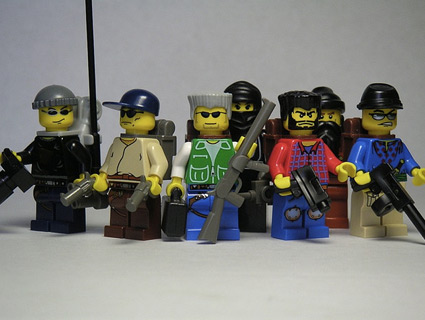 Six months ago, the last remaining US combat troops in Iraq packed it in. Four months ago, the State Department set plans in motion to severely downsize their Baghdad embassy operations. Now, it looks like the CIA is following suit, with plans to soon cut its presence in Iraq to fewer than half that of wartime levels. The Wall Street Journal reported earlier this week:

Under the plans being considered, the CIA’s presence in Iraq would be reduced to 40% of wartime levels, when Baghdad was the largest CIA station in the world with more than 700 agency personnel, officials said…Proponents of the change say the CIA can make better use of its personnel in other areas. Those could include emerging terrorist hot spots such as Yemen, home to the al Qaeda affiliate the U.S. considers to pose the greatest threat to the homeland, and Mali, where an unstable government has fanned concerns…The CIA drawdown would recalibrate the agency’s responsibility in the country away from counterterrorism operations and back toward traditional intelligence collection, with a sharpened focus on neighboring Iran, officials say.

It’s no secret that Iraq has experienced spikes in Al Qaeda-linked violence in recent weeks—and it’s safe to say that this move will result in yet more concern-trolling from conservatives who interpret any pullback as the Obama administration gift-wrapping Mesopotamia for Zawahiri. But the CIA’s shrinking presence is, quite simply, a matter of necessity—particularly in a time when (a) the Iraqi government obviously isn’t keen on tolerating expanded US involvement and, (b) American resources are increasingly being directed at combating scarier entities in, say, the southern Arabian Peninsula.

Also, it’s a matter of common sense: “Of course we don’t want to have the same number of people after all US troops go home that we had at the height of the war,” a senior US official told the Journal. (“Right-sizing,” as Obama aides call it.)

Still, senior US officials also told the Journal that Baghdad will continue to be one of the agency’s biggest stations in the world—one piece of an intel gathering strategy that administration officials have previously made clear. Here’s what the Washington Post reported in early February:

The CIA is expected to maintain a large clandestine presence in Iraq and Afghanistan long after the departure of conventional U.S. troops as part of a plan by the Obama administration to rely on a combination of spies and Special Operations forces to protect U.S. interests in the two longtime war zones, U.S. officials said. U.S. officials said that the CIA’s stations in Kabul and Baghdad will probably remain the agency’s largest overseas outposts for years, even if they shrink from record staffing levels set at the height of American efforts in those nations to fend off insurgencies and install capable governments…The pressure to maintain a sizable presence in Kabul and Baghdad comes as the CIA and other intelligence agencies face spending cuts for the first time since their budgets began expanding after the Sept. 11 attacks.