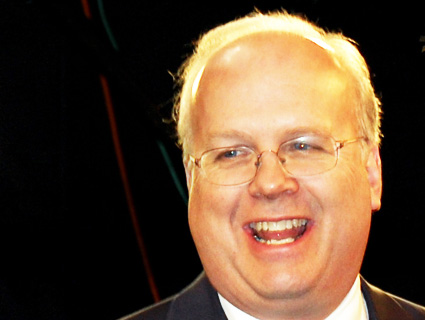 Just over a week ago, the 4th Circuit of Appeals ruled that the government must determine the “major purpose” of groups like Karl Rove’s dark-money outfit Crossroads GPS, which operates as a 501(c)(4) “social welfare” nonprofit*. By law, 501(c)(4)s can’t make political activity their primary activity. They can, however, make attack ads and funnel money to super-PACs, which is why some super-PACs, like GPS’ sister organization American Crossroads, use them as a way to avoid disclosing their donors.

Besides giving a boost to campaign-finance reformers, the ruling in Real Truth About Obama v. FEC has given the Obama campaign an opportunity to mess with Rove. Yesterday, the New York Times reported that the campaign’s chief counsel, Robert Bauer, filed a complaint with the FEC arguing that Crossroads GPS now has an obligation to disclose its anonymous donors without delay. GPS “seems to believe that it can run out the clock and spend massive sums of money in this election without accounting for a trace of its funding,” he wrote. The circuit court ruling “makes clear that Crossroads is out of time.”

Bauer also sent a snarky courtesy letter to Rove and Crossroads GPS president Steven Law, explaining that his FEC complaint was “laying out the case—obvious to all—that Crossroads is a political committee subject to federal reporting requirements.”

The letter also mentioned Van Hollen v. FEC, a case that may soon require political 501(c)(4)s to disclose their donors if they run ads in the run-up to an election. Bauer explained that Crossroads GPS disclosing its donors now

need not involve any admission of liability for violating the law in the past. You may continue to hold to your position which is, no doubt, that until recent legal developments, Crossroads believed that it could take in anonymous donations for its electioneering activities. Now your position can be that because the law has become ever clearer, you must proceed to report. While this is thin cover for your failure to report to date, it is better than nothing.

Of course, Crossroads GPS isn’t the only dark-money outfit out there. “The big question is whether Bauer sent a similar letter to Priorities USA—a group modeled after Crossroads GPS to support President Obama’s policies,” GPS spokesman Jonathan Collegio told the Huffington Post in response to the complaint. Priorities USA is the dark-money arm of Priorities USA Action, the primary pro-Obama super-PAC. It is unclear just how much money Priorities USA has raised so far. Crossroads reported raising $28 million in 2011.

Have a look at the letter to Rove and the complaint:

Correction: An earlier version of this post stated that the court, not Bauer, said Crossroads GPS fit the FEC’s definition of a political committee.