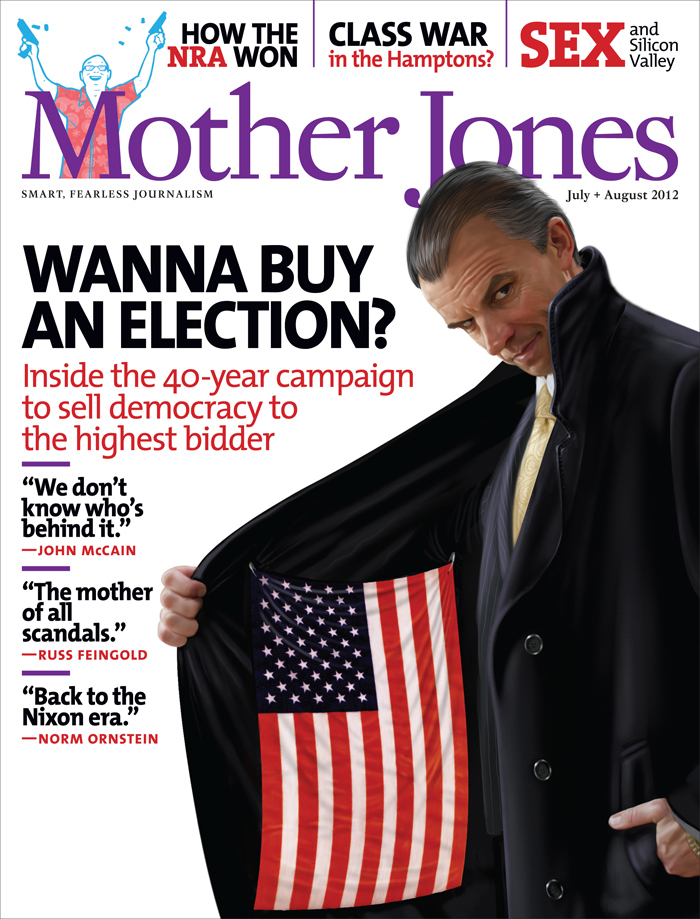 This could have been titled “Never Say Die”. Last year I did a job for the inimitable Tim Luddy at Mother Jones that turned out to be popular with some of the more esteemed art competition juries. In the batch of sketches for that job were a couple of candidates that were close, but not quite right at that moment. Usually when that happens it’s lights out for those sketches and they go to the Landfill Museum. As it turns out, when Tim called a little while back for a cover he requested a few sketches and mentioned that a runner up from our previous encounter would be in the running. I thought the ideas for all the sketches were strong. After a weekend of what I imagined to be a barstool throwing, plate glass shattering discussion of just which doodle was the most brilliant, word came from Tim (did he sound a little weary?) that the white smoke had risen and the decision was to go with this sketch. It’s a bit of a shame that all those sketches I did about our country’s political process being sold to the highest bidder are evergreens. 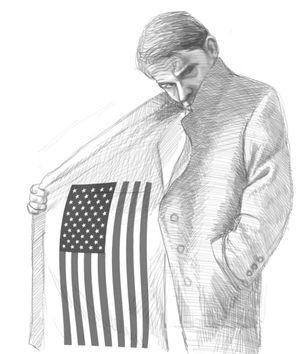 Dale StephanosI needed to redraw and reshoot reference since the first guy wasn’t available. So, making a huge sacrifice I decided I’d be the cover model for this. This guy is much more type A than I, he has more hard miles on his face, and hopefully he comes off as sleazier too. I imagine he’s probably a better conversationalist, knows his mixed drinks, and is familiar with blackjack dealers at all the fancy casinos. The trick with this was to make sure he didn’t look like a flasher. Me, I’m happy to draw my little pictures, skateboard with my daughter, throw baseballs at my son, and try to make my wife laugh.

Midway through finishing this piece someone who is smarter than I realized that I was trampling all over proper flag etiquette by hanging it in the reverse of what you see here. That is, with the star field on the right as you view it. Well, it’s okay to show a guy selling the flag like it’s a fake Rolex or a ten dollar bag of “Oregano”, but we certainly weren’t going to go down the rabbit hole of improper flag hangery. Really though, I appreciate it when I learn little things (NOT THAT FLAG ETIQUETTE IS A LITTLE THING) during the course of a job. After I finish writing this I’m going to spot check my neighbors to make sure they’re in compliance. If not, I’ll report them to Sean Hannity. 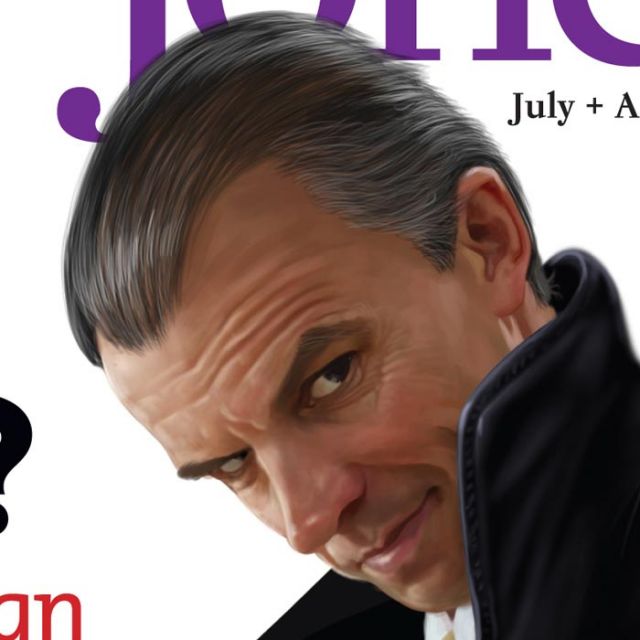 I look like Bela Lugosi’s grownup kid. I could do worse. Dale Stephanos