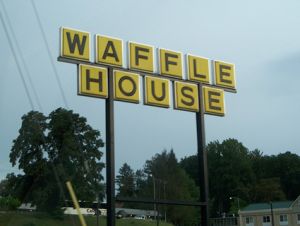 Karl Rove’s super-PAC, American Crossroads, raised $4,540,700 in May, according to Federal Election Commission reports filed on Wednesday. For an outfit that has pledged to spend at least $300 million attempting to defeat President Obama and take back the Senate, this may not sound like very much. But keep in mind that 1) big-money donors like Sheldon Adelson and Foster Friess have already signaled their intent to donate to 501(c)4s (like Crossroads’ sister outfit, Crossroads GPS), which don’t have to file monthly disclosure reports or disclose their donors and 2) the biggest gifts to outside groups usually come in the last month before the election.

So who’s giving to Crossroads? For the most part, it’s individuals. Any company looking to hide its money would go through Crossroads GPS, which doesn’t disclose its donors (at least not yet). But one name did catch my eye—the Rutherford River Group, which gave Crossroads $250,000. Rutherford River Group lists an address at 2352 Pine Street in San Francisco—this building. There’s no record of the Rutherford River Group on Google, but it’s the same address used by Diane “Dede” Wilsey, a major philanthropist who’s given hundreds of thousands of dollars to Republican causes (and a few Democrats; it’s California) and maxed out to the Romney campaign. She also owns a vineyard called Rutherford River Ranch Vineyards, and the address provided to the FEC is the same address used by her foundation and the vineyard, so, voila. I’m not sure why she used a company that has virtually no footprint to donate to Crossroads but I’ve reached out for an explanation. Wilsey isn’t the only affluent Bay Area resident giving to Crossroads; Charles B. Johnson, the principal owner of the San Francisco Giants, gave $200,000.

Joe Craft, CEO of Alliance Resources Partners, a Kentucky coal company, personally gave $1.25 million, and donated $425,000 through his company. Why is that significant? Craft is also Mitt Romney’s Kentucky finance co-chair. This is legal, so long as Craft’s check came with no strings attached. But it goes to show just how much of an overlap there is between outside groups and the campaigns themselves. (It was Craft, you’ll recall, whose $7 million naming gift for a University of Kentucky dorm caused writer and activist Wendell Berry to pull his papers from his alma mater.)

Crow Holdings, the company helmed by Swift Boater Harlan Crow, gave $1 million. Oh, and Waffle House, the 24-hour southern breakfast chain that’s so ubiquitous FEMA uses it to assess hurricane damage, gave Crossroads $100,000 from its corporate coffers. This is surprising because one doesn’t normally associate Big Waffle with big scary super-PACs, but also not that surprising: CEO Jim Rogers Jr. is a longtime supporter of Republican causes, and the company’s political action committee has given exclusively to Republicans (in considerably more modest quantities). His ties to Romney date back to 2006, when he joined the finance team of Romney’s political action committee, Commonwealth PAC.