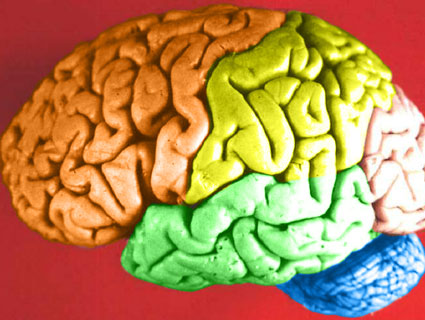 If you’ve got a pressing need to tell psychiatrists what you think about “disruptive mood dysregulation disorder” (translation: kids with temper tantrums), “night eating syndrome” (people who, well, eat a lot at night), and “callous and unemotional specifier for conduct disorder” (cold-fish types), now’s the time to do it. Friday is the deadline for public comment on the final draft of the fifth edition of the American Psychiatric Association’s Diagnostic and Statistical Manual, a volume often referred to as “the bible of psychiatry.”

Actually, ‘bible’ is an absurd term for a text that’s been rewritten—and greatly expanded—multiple times since the first edition was published in 1952. That early version was a modest effort: 132 pages with about a hundred disorders. DSM-IV, published in 1994, features almost three times the number of disorders in 886 pages—longer than my copy of The Brothers Karamazov.

I suppose one could praise the APA’s commitment to updating its views and incorporating new science, although much of that new science is funded by drug companies seeking to expand their product sales. The problem is that the rest of us—patients, clinicians, hospitals, insurers, etc.—tend to view these diagnoses as a true reflection of reality, and we allow them to govern major aspects of our lives and self-identities. But psychiatric diagnoses are often, at best, clumsy human framings of complex mood states that elude easy understanding and description.

The current revision is taking place amid much greater public and media attention. Academics and jounalists in recent years have detailed the influence of drug-company money on medical research and clinical practice. They have focused on what has been called disease-mongering—the effort to expand illness boundaries in ways that tend to increase industry profits. In the case of DSM-5, researchers have doumented widespread industry ties among panel members debating the diagnostic changes. Although the APA itself has tightened its conflict-of-interest policies for DSM panel members, critics say the changes have not gone far enough.

Controversies have also erupted over efforts to redefine common disorders, including depression, addiction, autism, sexual problems and a host of other conditions—often in ways that appeared to increase the numbers likely to be diagnosed, and therefore likely to be treated with medication. After public criticism, the APA has backed away from some controversial proposals, like “attenuated psychosis syndrome” for people deemed at risk of becoming psychotic, and “persistent complex bereavement-related disorder,” which critics said transformed ordinary grief into a pathological condition.

Public interest in the changes has been widespread. The open comment periods for two earlier drafts of DSM-V, in 2010 and 2011, generated almost 11,000 responses altogether. The volume is expected to be published next year.