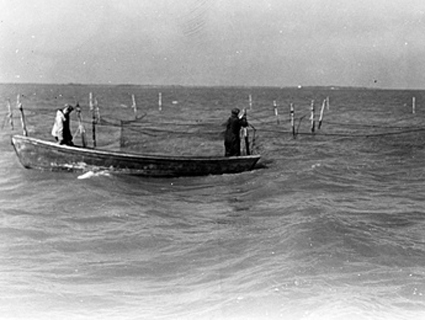 Some lawmakers will go to great lengths to deny the reality of climate change. But this week, North Carolina lawmakers reached new heights of denial, proposing a new law that would require estimates of sea level rise to be based only on historical data—not on all the evidence that demonstrates that the seas are rising much faster now thanks to global warming.

The sea level along the coast of North Carolina is expected to rise about a meter by the end of the century. But business interests in the state are worried that grim projections that account for climate-induced sea level rise will make it harder for them to develop along the coast line. So policymakers in the state plan to deal with that issue by writing a law requiring inaccurate projections. No joke, here’s what the measure says:

These rates shall only be determined using historical data, and these data shall be limited to the time period following the year 1900. Rates of seas-level rise may be extrapolated linearly …

I’ll stop here, because Scientific American‘s Scott Huler, a North Carolina resident, has an epic rant about this that can’t be outdone:

It goes on, but there’s the core: North Carolina legislators have decided that the way to make exponential increases in sea level rise – caused by those inconvenient feedback loops we keep hearing about from scientists – go away is to make it against the law to extrapolate exponential; we can only extrapolate along a line predicted by previous sea level rises.

Which, yes, is exactly like saying, do not predict tomorrow’s weather based on radar images of a hurricane swirling offshore, moving west towards us with 60-mph winds and ten inches of rain. Predict the weather based on the last two weeks of fair weather with gentle breezes towards the east. Don’t use radar and barometers; use the Farmer’s Almanac and what grandpa remembers.

It’s not clear when or if this is going to be voted on, but if it passes, the state would continue to develop along the coastline without paying any attention to where the sea will be in 50 or 90 years. Willful ignorance, thy name is North Carolina.