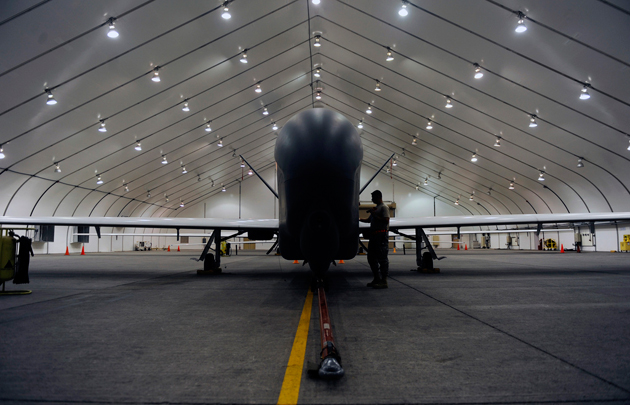 Last month, a “senior administration official” said the number of civilians killed in drone strikes in Pakistan under President Obama is in the “single digits.” But last year “US officials” said drones in Pakistan killed about 30 civilians in just a yearlong stretch under Obama.

Both claims can’t be true.

A centerpiece of President Obama’s national security strategy, drones strikes in Pakistan are credited by the administration with crippling Al Qaeda but criticized by human rights groups and others for being conducted in secret and killing civilians. The underlying facts are often in dispute and claims about how many people died and who they were vary widely.

So we decided to narrow it down to just one issue: Have the administration’s own claims been consistent?

We collected claims by the administration about deaths from drone strikes in Pakistan and compared each one not to local reports but rather to other administration claims. The numbers sometimes do not add up. (Check out our interactive graphic to explore the claims.)

Even setting aside the discrepancy between official and outside estimates of civilian deaths, our analysis shows that the administration’s own figures quoted over the years raise questions about their credibility.

There have been 307 American drone strikes in Pakistan since 2004, according to a New America Foundation count. Just 44 occurred during the Bush administration. President Obama has greatly expanded the use of drones to attack suspected members of Al Qaeda, the Pakistani Taliban, and other groups in Pakistan’s remote northwest region.

Obama officials generally do not comment by name on the drone strikes in Pakistan, but they frequently talk about it to reporters (including us) on condition of anonymity. Often those anonymously sourced comments have come in response to outside tallies of civilian deaths from drone attacks, which are generally much higher than the administration’s own figures.

The outright contradiction we noted above comes from two claims made about a year apart:

As we also show in our interactive graphic, other anonymous administration claims about civilian deaths are possible but imply conclusions that seem improbable.

It’s possible that all these claims are true. But if they are, it implies that the government believes there were zero or almost zero civilian deaths between the beginning of 2008 and August 2009, and then again zero deaths between August 2010 and July 2011. Those periods comprise a total of 182 strikes.

The administration has rejected in the strongest terms outside claims of a high civilian toll from the drone attacks.

Those outside estimates also vary widely. A count by Bill Roggio, editor of the website Long War Journal, which bases its estimates on news reports, puts the number of civilian killed in Pakistan at 138. The New America Foundation estimates that, based on press reports, between 293 and 471 civilians have been killed in the attacks. The London-based Bureau of Investigative Journalism, which draws on a wider array of sources, including researchers and lawyers in Pakistan, puts the number of civilians killed at between 482 and 832. The authors of the various estimates all emphasize that their counts are imperfect.

There are likely multiple reasons for the varying counts of civilian deaths from drone strikes in Pakistan. The attacks are executed remotely in often inaccessible regions. And there’s the question of who US officials are counting as civilians. A story last month in the New York Times reported that President Obama adopted a policy that “in effect counts all military-age males in a strike zone as combatants.”

There are also ongoing debates in the humanitarian law community about whom the United States may legitimately target with drone strikes and how the CIA is applying the principle of proportionality—which holds that attacks that might cause civilian deaths must be proportional to the level of military advantage anticipated.

In a rare public comment on drone strikes, President Obama told an online town hall in January that the drones had not caused “a huge number of civilian casualties.”

When giving their own figures on civilian deaths, administration officials are often countering local reports. In March 2011, for example, Pakistanis including the country’s army chief accused a US drone strike of hitting a peaceful meeting of tribal elders, killing around 40 people. An unnamed US official rejected the accusations, telling the AP: “There’s every indication that this was a group of terrorists, not a charity car wash in the Pakistani hinterlands.”

Unnamed US officials told the Los Angeles Times last year that “they are confident they know who has been killed because they watch each strike on video and gather intelligence in the aftermath, observing funerals for the dead and eavesdropping on conversations about the strikes.”

UN High Commissioner for Human Rights Navi Pillay said during a visit to Pakistan this month that there should be investigation of killings of civilians by drones and that victims should be compensated. The US has given compensation to victims of airstrikes in Afghanistan, but there are no reports of victims of drone strikes in Pakistan being compensated.

Since the various administration statements over the years were almost all quoted anonymously, it’s impossible to go back to the officials in question to ask them about contradictions.