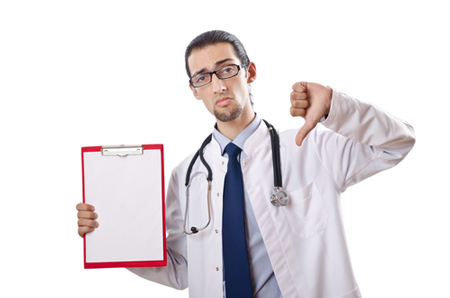 This week, the House GOP voted for the 33rd time to repeal the Affordable Care Act, President Obama’s signature health care reform law. But the only alternative they’ve offered up to the Democratic plan is essentially the same one they’ve been pitching for more than a decade: more restrictions on medical malpractice lawsuits, which they claim are out of control and a significant driver of health care costs. On Tuesday, Rep. Trey Gowdy (R-SC) spent a considerable amount of his time at a hearing on the impact of the ACA on patients and doctors grilling a Democratic witness about his stance on “tort reform,” or limits on jury awards in malpractice suits, making clear that this is the only thing the GOP has to offer by way of alternative health care policy.

Unfortunately for the GOP’s would-be tort reformers, a new report out from the nonprofit consumer group Public Citizen shows that malpractice lawsuit payouts are now at an all-time historic low, having fallen steadily for the past eight years without any impact whatsoever on escalating health care costs. Highlights from the report:

The report also challenges the notion pushed by Republicans that most malpractice lawsuits are frivolous. More than 40 percent of the lawsuit payments were in cases where people had been killed, turned into quadriplegics, or left brain damaged or in need of lifelong medical care thanks to negligence on the part of doctors or hospitals. Overall, 80 percent of the payments went to people who had major, significant and permanent injuries.

Public Citizen says there is simply no evidence that restricting malpractice lawsuits even further will have any impact on health care costs. The report points out that Texas, home state of Rep. Lamar Smith (R), who has sponsored the main tort reform legislation in Congress, severely restricted the rights of injured people to sue back in 2003. Malpractice lawsuit payouts in the state plummeted 65 percent by 2010. At the same time, though, per-patient Medicare costs and private insurance rates grew at rates faster than the national average.

The sharp decline in lawsuit payouts is going to make it even harder for the GOP to make the already weak case that preventing victims of medical negligence from suing will somehow fix the broken health care system. At some point, they really are going to have to come up with something else.