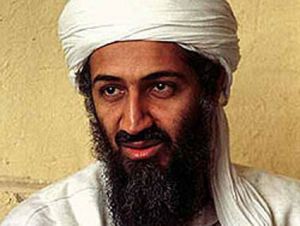 The famously shifting Obama administration narrative of the special forces raid that killed Al Qaeda leader Osama bin Laden left some understandable doubts about how the operation actually went down. The key question, from a legal perspective, is whether or not the administration had ordered Bin Laden killed no matter the circumstances, and whether or not he had tried to surrender or was otherwise “hors de combat” or “out of the fight” as defined in the Geneva Conventions.

No Easy Day, the memoir by “Mark Owens” (later outed as Mark Bissonette), a former Navy SEAL who participated in the raid, sheds light on both questions. According to Owen, Bin Laden was unarmed when he was shot. Here’s the description from the Associated Press:

Bissonnette says he was directly behind a “point man” going up the stairs. “Less than five steps” from top of the stairs, he heard “suppressed” gunfire: “BOP. BOP.” The point man had seen a “man peeking out of the door” on the right side of the hallway[.]

Bissonnette writes that bin Laden ducked back into his bedroom and the SEALs followed, only to find the terrorist crumpled on the floor in a pool of blood with a hole visible on the right side of his head and two women wailing over his body.

Bissonnette says the point man pulled the two women out of the way and shoved them into a corner and he and the other SEALs trained their guns’ laser sites on bin Laden’s still-twitching body, shooting him several times until he lay motionless.

What really happened in the bin Laden raid? The story still doesn’t add up.

Graphic. But as far as international law is concerned, not necessarily illegal. While most of the legal experts I contacted were reluctant to comment, Daphne Eviatar, senior counsel for Human Rights First, told me that “based on the AP’s reporting of what’s in the book…the Navy SEALs handled the OBL raid properly,” Eviatar said in an email. “They were targeting someone who was a legitimate target under the laws of war, they seemed to legitimately believe it was too dangerous to arrest him under the circumstances, and he didn’t seem to be surrendering.” Eviatar clarified that while the SEALs would have been obligated to accept a genuine offer of surrender, “they don’t have to endanger themselves or others to give him that opportunity.”

Another key question, however, is whether or not a Bin Laden surrender would have been accepted, and whether the White House, fearful of the political consequences of bringing Bin Laden back alive to stand trial, urged the SEALs to eliminate him no matter what. According to the Huffington Post’s Marcus Baram, Bissonette writes that isn’t the case, recalling a White House lawyer who informed him, “I am not going to tell you how to do your job. What we’re saying is if he does not pose a threat, you will detain him.”

Kevin Jon Heller, a senior lecturer at Melbourne Law School and a blogger for Opinio Juris, has quite a different take. Heller argues that the shots fired at Bin Laden’s body after he was already wounded make his killing a war crime. “[Bissonette] and his fellow SEAL thus intentionally killed bin Laden while he was ‘otherwise incapacitated by wounds’ and hors de combat,” Heller writes. “That was a war crime—the war crime of wilful killing.” Heller had previously defended the operation as legal.

Kenneth Anderson, a law professor at American University Washington School of Law, disagrees. “Being wounded does not necessarily render one hors de combat; hors de combat means they’re not actually posing a threat to you,” Anderson says, citing moments where wounded combatants have used hidden guns or explosives to kill American servicemembers who thought they were surrendering or incapacitated. “There have been far too many incidents in the past, including in Afghanistan and Iraq…cases where American soldiers get killed because they were mistaken about the other side, or parts of the other side surrendering… There’s still no obligation to pause the attack, you’re allowed to put your own safety first.”

Bissonette’s account is just one of many of course, and unless the video of the operation leaks, only a limited few will ever truly know what happened.