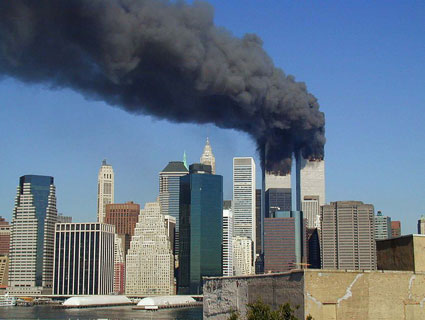 According to Rep. Mike Kelly (R-Pa.), today is a day akin to 9/11 and the Japanese surprise attack on Pearl Harbor. No, really. “I want you to remember Aug. 1, 2012, the attack on our religious freedom,” Kelly said at a press conference. “That is a day that will live in infamy, along with those other dates.”

Kelly was ranting for the same reason I’m rejoicing—because today is “Free Birth Control Day” in the United States. Today is the day the new mandate requiring health insurers to provide contraception with no co-pay officially goes into effect. And I use the word “free” loosely, since it’s not actually free—it’s paid for through our premiums, just like other medical services. But once the rule is fully implemented, your out-of-pocket costs for contraception should fall to zero.

Some women won’t start benefitting from the new rule until their new plan year begins, which varies by insurer. For me, it kicked in a few months ago, when my insurer agreed to cover the cost of an intrauterine device (IUD) after previously refusing to cover it.

Before the health care law, if I wanted to get an IUD, I would have had to pay about $1,200 upfront for the device and the insertion. I’ve been through pretty much every other type of contraception out there, and they just weren’t working for a variety of reasons—some I am allergic to, some made me a crazy lady, and others came with a steep monthly price. Then there was the fact that I am just not very good at taking a pill every day at the same time, which is crucial if your birth control is going to actually control birth. And I’m not the only American woman who sucks at taking birth control.

Enter the IUD. Like many women, it was the right choice for me. But although it’s cheaper in the long term because it’s good for up to five years, I didn’t really have $1,200 laying around to cover it upfront. This is true for a lot of women, according to Dr. Nancy Stanwood, an obstetrician/gynecologist with the Yale School of Medicine and a board member of Physicians for Reproductive Choice and Health. “I have seen so many women want to choose a method of contraception but have it out of reach financially,” Stanwood says. “Instead of women looking at their medical needs and the needs of their family, they had to instead look in their pocketbook.”

Here’s an infographic from the National Women’s Law Center illustrating how I, and many women felt before the birth control mandate: 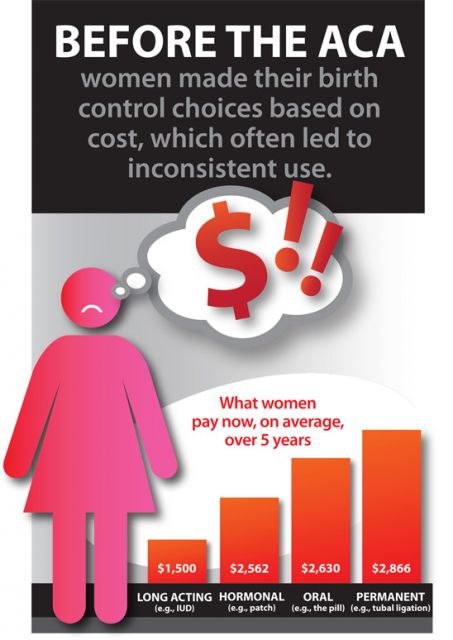