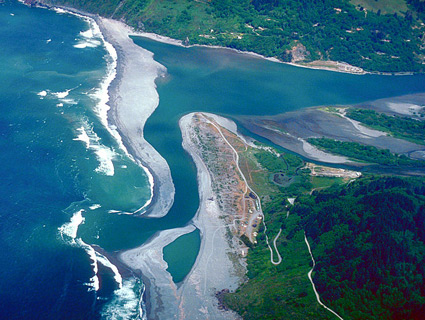 A scientist hired to oversee scientific integrity at the Department of Interior says he was canned earlier this year for flagging concerns about one of the agency’s studies. Dr. Paul Houser, a hydrologist, has accused the DOI of “scientific and scholarly misconduct and reprisal,” a complaint currently under investigation within the agency.

The Bureau of Reclamation, a division of DOI, hired Houser in April 2011 to serve as a scientific integrity officer and science advisor. This position is a relatively new one at DOI, put in place in February 2011 in response to President Obama’s 2009 executive order requiring an administration-wide policy that would guarantee that all agency decisions are based on “the soundest science.”

A hydrologist by training, Houser previously worked as an associate professor in the Geography and Geoinformation Sciences Department at George Mason University. He says his trouble at the bureau began in September 2011 when he was asked to review a draft release summarizing the science on dam removal along the Klamath River, which flows through Oregon and California. The proposed removal of these hydroelectric dams is intended to restore the imperiled Chinook salmon population, and has been a subject of much debate for years.

Houser says he believed the DOI’s announcement on dam research focused only on the positive impact of removing the dams, and did not include some potential negative effects. “I had visited Klamath, talked to scientists. They said they hoped there would be improvements in salmon population, but there was no guarantee,” Houser told Mother Jones. “It was a gamble. There was a lot of risk involved.”

When he raised those concerns to then-DOI press secretary Adam Fetcher, Houser says he was told that he should not write anything about them in any electronic correspondence. “He wanted a hard copy, no email,” says Houser, in order to avoid creating any internal correspondence that could be subject to a Freedom of Information Act request. (Fetcher is now the deputy national press secretary for Obama’s reelection campaign.) Houser says his boss, who was out of the office during the initial exchange, also chastised him for emailing other scientists working on Klamath regarding the release. “I was told that the secretary of interior wants to remove the dams, so my actions weren’t helpful,” says Houser.

His complaint did result in some minor changes to the press release, but his main concerns about the summary of the science were not addressed. And almost immediately after the incident, “I was systematically retaliated against,” he says. His position was changed from a permanent post to a probationary one. He was given a negative performance review and told he “wasn’t a team player.” In February 2012, his job was terminated.

Houser has now filed a scientific integrity complaint against the agency, accusing his former colleagues of skewing their presentation of the science in favor of dam removal and of violating the agency’s policies in its treatment of his concerns and his eventual dismissal. Public Employees for Environmental Responsibility, a watchdog group that frequently represents government whistleblowers, is representing Houser in the case.

The DOI has hired a contractor to look into his allegations. Spokesman Blake Androff told Mother Jones that the issue “remains under review.”

The Klamath dam issue has been a hot one for years. In 2010 the parties reached an agreement to remove four dams along the river, but that plan still needs congressional approval and a final decision from the DOI, which was delayed earlier this year.

While all agencies were required to institute the new scientific integrity policy under Obama’s executive order, DOI’s arguably drew the most attention after several high-profile controversies over issues like species protections and the manipulation of scientific findings at the agency during the previous administration.

Advocates for transparency and good science within government agencies point out the apparent irony in firing a guy hired to enforce scientific integrity for his attempts to do just that. “I have to say, this doesn’t smell right,” said Francesca T. Grifo, director of the Scientific Integrity Program at the Union of Concerned Scientists, an environmental group that has been following the implementation of scientific integrity policy closely. “Interior is struggling to figure out what this policy means,” she added, and has had difficulty implementing it. “[That] leaves giant holes that politics can drive through.”

Houser says he hopes his complaint will impact the policy going forward. “Hopefully I will make a difference in allowing other scientists to come forward and be truthful about science,” says Houser. “If I saw what happened to me, I wouldn’t say anything. I wouldn’t bring forward anything that didn’t support the politics of the department. That’s not how it should be.”