This is how the Romney campaign plans to unleash the Gingrich at the upcoming Republican National Convention:

Newt Gingrich hoped to get a coveted speaking slot at the Republican National Convention. Instead the Romney campaign will have him teach a series of workshops they have nicknamed Newt University… 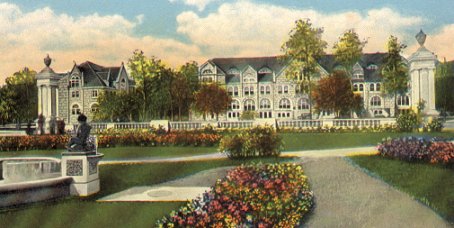 (Tulane: Newt’s actual university.)…Still, Mr. Gingrich insisted that he planned to play nice in Tampa. He is focused on preparing his lesson plans for Newt University, he said, not on sowing any further party discord. “The truth is the hardest-core conservatives didn’t win the nomination. So to turn to Romney and say, ‘You now have to dance to our tune’ doesn’t make much sense to me.”

The former House speaker’s background as a historian and professor will likely come in handy when formulating syllabi for his guerilla college. Based on his past academic and intellectual work, here’s a good estimation of the lectures you’d hear in a Gingrich U freshman-year seminar:

1) Prof. Newt on European colonialism: “Within the beliefs of 20th century American liberalism, European colonialism is an unacceptable political policy, but what did it mean to the natives? Did the colonial powers perform a painful but positive function in disrupting traditional society and so paving the way for modernization?” 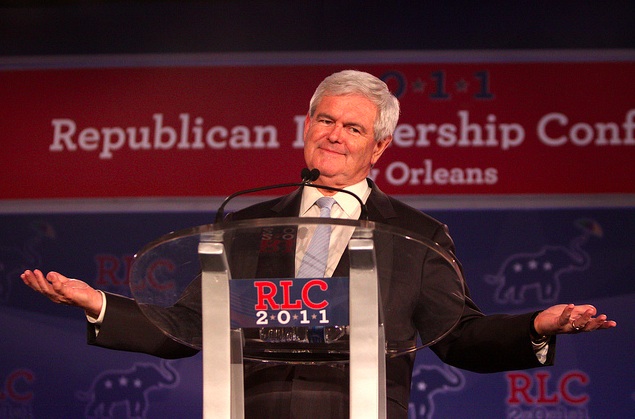 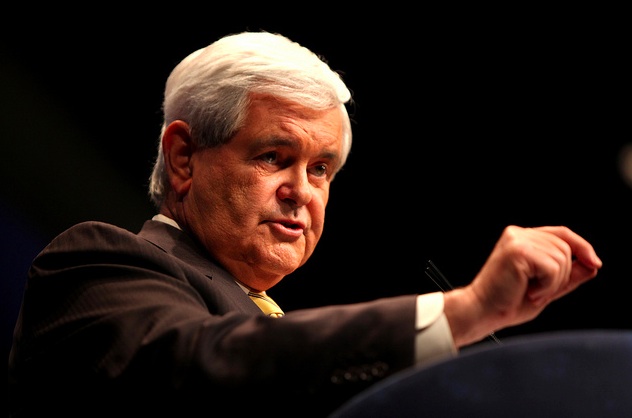 3. Prof. Newt on the history of the American entertainment industry: “There’s a new book coming out on Reagan and Hollywood in the late ’40s, and it’s appalling the number of hardcore communists that were working in the movie industry.” 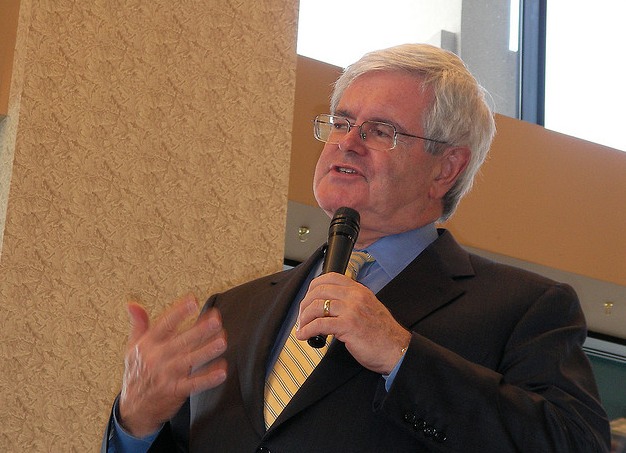 4. Prof. Newt on the dinosaurs: “Why not aspire to build a real Jurassic Park? (It may not be at all impossible, you know.) Wouldn’t that be one of the most spectacular accomplishments of human history?” 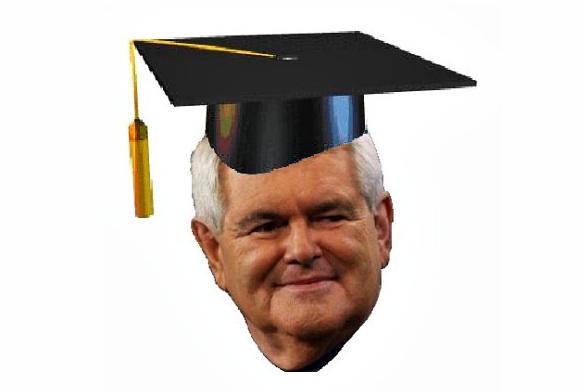 5. Prof. Newt on zoological study: “I would really love to spend six months to a year in the Amazon basin, just being able to spend the day watching tree sloths.” 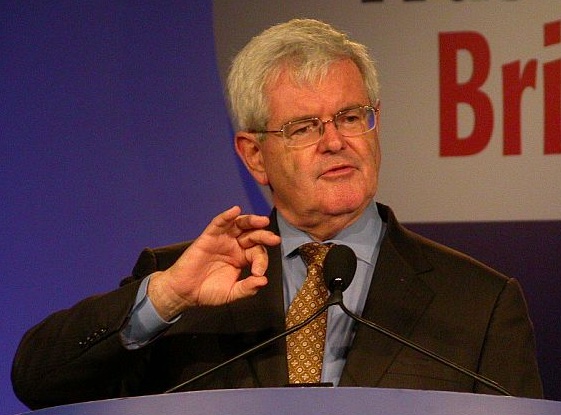 6. Prof. Newt on the discovery of America: “Romney was the kind of guy who would have fired Christopher Columbus.” 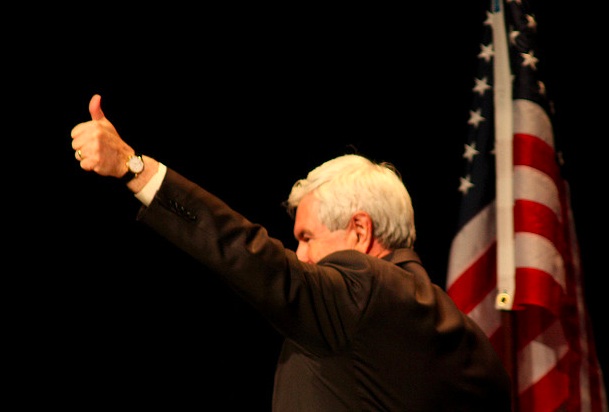 I’ll leave it to you to imagine the rest of the curriculum.