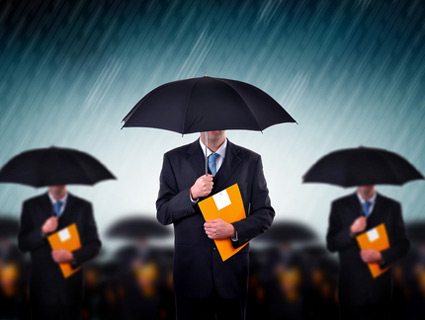 It’s been 18 months since the Financial Crisis Inquiry Commission (FCIC), the bipartisan group charged by Congress with discovering the causes of the 2008 financial meltdown, released its final report (PDF). At the time, the commissioners promised that many of the documents the FCIC gathered during its investigation—including testimony from bank officials and internal bank emails and memos—would “eventually be made public.” But the National Archives and Records Administration (NARA), which holds the documents, has so far refused to release many of them, saying that it has put a five-year restriction on their release. “Eventually,” it turns out, means half a decade.

Cause of Action, a Washington transparency watchdog that filed a Freedom of Information Act request seeking the FCIC documents last year, thinks the American public should not have to wait that long. Late Tuesday, the group sued NARA in federal court in Washington, DC, aiming to force the disclosure of thousands of pages of as-yet-unreleased documents.

“The FCIC had a big impact on the national discussion about what caused the financial crisis and all Americans have an interest in what really happened,” Mary Beth Hutchins, Cause of Action’s communications director, told Mother Jones. “We have an administration that from day one promised greater transparency in government, and what we’ve seen is that instead of having the public interest in mind, they’re bowing to the whims of this commission. It’s important that people be able to draw their own conclusions and judgments in addition to those the commission may have drawn from these documents.”

In the lawsuit, Cause of Action writes that NARA’s five-year restriction on the release of the documents (except for certain documents FCIC had pre-designated for release) is the same restriction that Phil Angelides, the commission’s Democratic chairman, advocated in a letter he sent to NARA in February 2011. But Cause of Action goes on to note that Peter Wallison, a Republican member of the commission, has said that he believes “the public should have access to all FCIC documents except those records provided to the FCIC on condition of confidentiality” and that he was “not even aware” of Angelides’ letter, “which expresses a position materially inconsistent with his own views.” (Hutchins said Wallison made those statements in phone conversations with Cause of Action’s legal team.)

I’ve reached out to NARA and Angelides for comment on this story; I’ll update if they respond.

You can read Cause of Action’s full legal filing here: