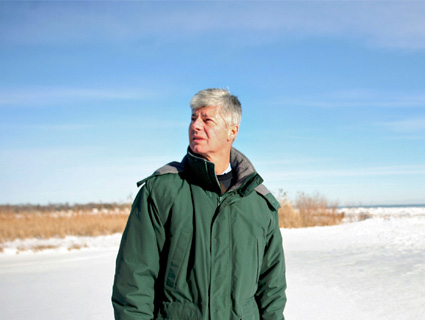 Former Rep. Bart Stupak, loathed by the left for offering an anti-abortion amendment to President Barack Obama’s health care reform bill and hated by the right for his eventual support of the legislation, retired from Congress in 2010 rather than face a contentious reelection race in his Michigan congressional district. A Republican won Stupak’s seat, and half of the 64 Democrats who voted for Stupak’s amendment lost their seats or retired in 2010. Many were victims of a purge by conservative anti-abortion-rights groups that saw even tepid support for Obama’s health care bill as an unforgivable transgression—and viewed anti-abortion-rights Dems as the perfect targets for replacement by conservative Republicans.

Now Stupak is on a mission to convince Democrats that he’s still relevant, and that without electing anti-abortion-rights Dems like him, Republicans will hold the House of Representatives—not just in 2012, but essentially forever. That’s why he and Pennylvania’s Kathy Dahlkemper, another anti-abortion former Democratic member of Congress, are in Charlotte: They’re both board members of Democrats for Life, a Washington-based nonprofit group that aims, among other goals, to elect more anti-abortion-rights Dems to Congress. On Tuesday, the group hosted a DNC-sponsored panel discussion at the Marriott to try to convince a few dozen reporters, Democratic delegates, and interested observers (including at least two Catholic priests) that’s a worthwhile and realistic goal.

DFL’s pitch is simple: Democrats, the group argues, have never held a majority in the House of Representatives without significant numbers of abortion foes within their ranks. Without the 64 Democrats who voted for the Stupak amendment, the party would have fallen far short of a majority. “We need 218 to be a majority,” Stupak said Tuesday. “You’ll never get to 218 without pro-life Democrats…The value of pro-life Democrats to this party cannot be overstated.”

If Stupak’s right, House Democrats could be in big trouble. America’s most important anti-abortion groups, including the National Right to Life Committee, the US Conference of Catholic Bishops, and the Susan B. Anthony List, have worked more closely together in recent years—and increasingly support exclusively Republican candidates and legislative proposals, with very rare exceptions. That shift accelerated during the health care reform battle. The SBA List—which initially formed to elect female anti-abortion candidates—has “become an extremely partisan group that supports men over women if the men are Republican,” Dahlkemper complained. (My colleague Kate Sheppard has written about the SBA List’s rightward lurch.)

While Democrats like Stupak have been deemed insufficiently anti-abortion by right-leaning groups, they also don’t quite fit in within the Democratic Party, whose rank-and-file activists—and financial backers—overwhelmingly support abortion rights. “It can be lonely being a pro-life Democrat,” DFL’s executive director Kristen Day emphasized.

But abortion rights activists have little patience for Stupak and Co.’s complaints about their outsider status. They believe, as Salon‘s Irin Carmon has written, that Republican overreach on measures like “forcible rape” may give them an opening to win in places where perhaps they wouldn’t have before. “We can win across the country,” says Stephanie Schriock, who runs EMILY’s List, which works to elect pro-abortion-rights Democratic women to Congress. “It’s not just about one issue for people. They’re not wearing ‘one-issue voter’ on their sleeves…Republicans—I don’t know what happened—have gone so far to the right that we’ve got an opportunity.”

Dahlkemper has her doubts. “We can’t win seats like mine and many others that we won in 2006 and 2008 without accepting pro-life candidates,” she said. “The Republican party sees us as a huge, huge threat.”