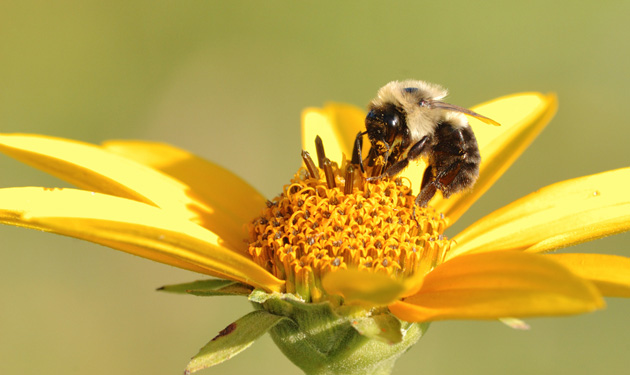 Global warming will cause earlier flowering, possibly extending the hay fever season by six weeks, and enable new species to grow in the UK. Pollen is also getting more potent, packing more allergen into each grain.

“There is no doubt that climate change poses a wide range of challenges to public health in the UK,” said David Heymann, chairman of the HPA.

But the report also predicts a significant decrease in the number of deaths caused by cold winter weather. Furthermore, action to cut the carbon emissions driving climate change could have beneficial health effects, the report notes, by cutting the air pollution caused by burning fossil fuels, reducing meat consumption through low-carbon vegetarian diets, and increasing the exercise people take by encouraging cycling and walking over driving.

One in five people currently suffers from hay fever, which is linked to potentially life-threatening asthma. An increase in streaming eyes, running nose and itching skin is a serious issue, said Roy Kennedy, professor of aerobiology and microbial science at the University of Worcester, who contributed to the HPA report. “It is not trivial,” he said, adding in the report: “Hay fever and asthma significantly reduce quality of life and have a significant economic impact on society.”

Kennedy said the potency of the main pollen sources—grass and birch trees—is increasing, while warmer temperatures could cause pollen grains to burst more often, making the allergens they contain more available. Alien species could increase misery for existing sufferers or create new sufferers; Professor Kennedy noted the example of ragweed from America that is now established in Italy and produces highly allergenic pollen.

The most direct effect of climate change on health is through increased heat and the report concludes that annual deaths from heat will increase sixfold by the 2080s, to 12,000 a year on average. Deaths from winter cold will fall by about 40 percent, the report states, to about 35,000.

The HPA report also examined diseases spread by insects. It warned that exotic mosquitoes, which could spread dengue fever and chikungunya fever, are becoming established in mainland Europe and that the chances of the insects becoming established in the UK is increasing as the climate warms. The report also concludes that malaria transmission is projected to be possible across almost all of England by 2050, particularly in the east where the disease occurred in the 19th century. But the authors note that modern living standards will reduce the threat to humans of the disease.

Some issues addressed by the report, such the impact of greater ultraviolet (UV) radiation from the sun, are complex, according to the HPA’s Jill Meara. There is likely to be a modest increase in UV radiation in the UK, increasing the risk of skin cancer, but reliably warmer weather might mean people spend more holidays in the UK, rather than in the more intense sun of the Mediterranean, thereby cutting their risk of melanoma. The report also notes: “Gradually increasing solar UV radiation exposure will result in hyperplasia, or [skin] thickening as an adaptive mechanism.”

In addition, sunshine can also have direct benefits, in producing vitamin D, and indirectly in encouraging outdoor activity that can improve physical and mental health.

Mental health effects were also highlighted in relation to the projected increase in flooding in the UK. “Very few people die from being swept away during floods,” Meara said. “But there is a long tail of mental health problems for people who have lost their homes and all of their possessions.”

The government has cut spending on flood defences despite widespread agreement that flood risk is increasing.