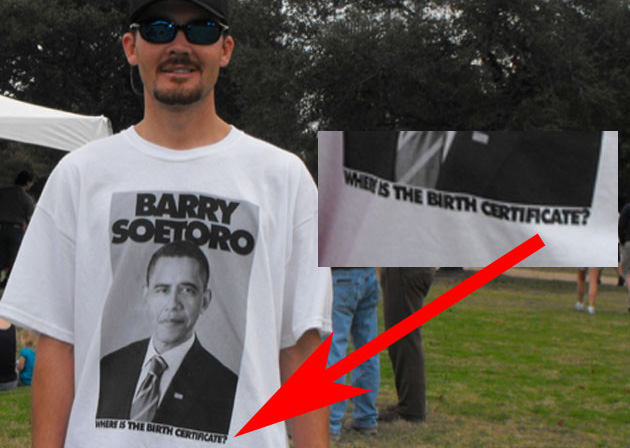 Sadly for the Ron Paul Revolution, neither the Democrat nor Republican angling to replace the retiring Texas Congressman ascribe to his brand of libertarianism. But fear not, freedom lovers! Zach Grady has got you covered. The HVAC repairman from Alvin is seeking Paul’s seat on behalf of the Libertarian Party, which, after all, has much more in common with the 77-year-old Republican than the GOP does.

As a politician, Grady shares with Paul’s son, Senator Rand Paul (R-Kentucky), a libertarian worldview and a willingness to take the movement in a slightly different direction. But the similarities end there. While Rand has pushed the revolution towards the GOP mainstream, Grady wants to pull it deeper into Ron’s lacunae of conspiracy theorists and cranksters. These are people who liked Ron Paul mostly because he was an outsider, or because he never denounced them, or because they shared his fear of the federal government. They will probably like Grady too, because he’s one of them.

Photographs on Grady’s campaign website show him wearing a popular birther t-shirt (see above). “Barry Soetoro” is the name birthers claim appeared on the president’s 1981 Columbia University student ID, identifying him as a “foreign student”—the ID has been widely exposed as a fake. Yesterday, Grady told me over the phone that the president “was probably born here, but who knows? These people are so weird and so secretive, you know, it’s tough to say.” He added cryptically that he was still suspicious about Obama’s true origins because of “the way his family has ties to intelligence agencies—his grandmother and his mother.”

A fan of the conspiracy theorist Alex Jones, Grady regularly promotes Infowars, Jones’ TV and radio show, on Twitter and in homemade YouTube videos. “Everybody needs to check out infowars.com daily,” Grady intoned last year in the first (and only) weekly address for his new YouTube channel, TechnologicalJudo. He explained that the channel would harness the Chuck Norris-like power of the internet to fight back against the establishment: “We got the technology. We can use the technological judo and use their punch against them.”

Further outlining his political interests in the video, Grady went on: “I don’t discount any of the Mayan calendar type stuff, the alien stuff and all that, the Chupacabra thing, but I try to keep it along the lines of what we can prove.” (During our chat, Grady clarified that he is in fact a “Chupacabra denier.”)

Still, some of what Grady thinks he can prove might surprise mainstream libertarians—to the extent that such a term isn’t an oxymoron. For one, he accuses the government of waging a hidden “eugenics” campaign by fluoridating our drinking water. “Fluoride dumbs you down, it creates a servile effect, almost like a Prozac-type drug,” he says. “It makes you tolerate things that you probably otherwise wouldn’t, based on studies. Harvard just let out a study that says, hell, fluoride is toxic poison! You shouldn’t put it in the water!”

Grady also wrings his hands over the allegedly toxic effects of “chemtrails”—what he (and Alex Jones) call fake contrails that are actually chemicals dumped into the sky by government jets in the name of combating global warming. “If it doesn’t have a nefarious agenda behind it, then maybe they should [at least] do a little bit more research,” Grady told me, “because people in Hawaii, and California’s organic farms are just, like, tanking because of it.”

Not that Grady wants to delegate more power to the Environmental Protection Agency. He told me that he decided to run for Congress in part because he’s mad at the EPA for phasing out freon, a scheme that he thinks is nothing more than a bid to enrich Dow Chemical, which holds a patent on a freon substitute, at the expense of his own air-conditioning customers.

Though Ron Paul shares Grady’s disdain for the EPA, the Federal Reserve, and federal drug laws, he angered many of his own followers by endorsing Grady’s Republican rival, Randy Weber, this past summer. Perhaps Paul wanted to help his son make inroads with the GOP, or he simply realized that his newly redrawn district is unwinnable for a bona fide libertarian. A third and fourth possible explanation: Grady is too wacky or too redneck even for Ron Paul.

Grady’s most recent YouTube video, posted two months ago, will appeal to some Burning-Man types and perhaps separatist militias, but not necessarily retired obstetricians. Behold the Redneck Firecracker: