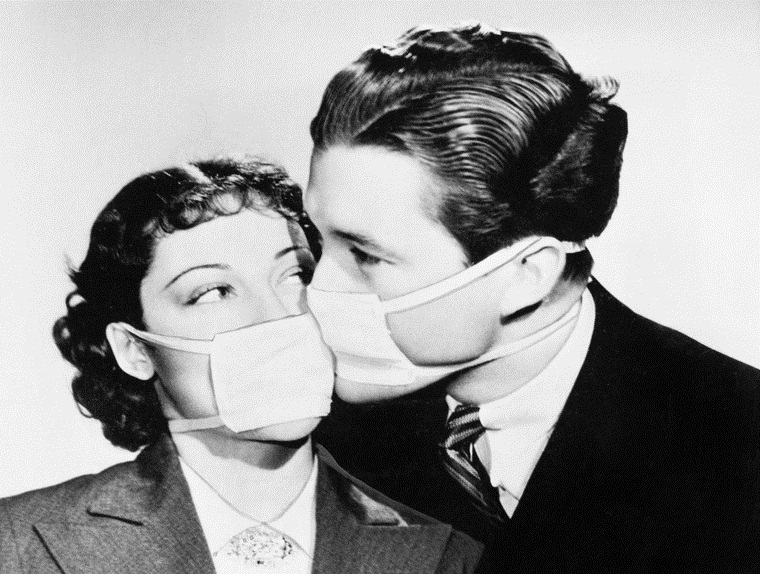 In 2012, none of America’s top killers are contagious. You don’t get cancer, diabetes, or heart disease at the swimming pool or just because someone sneezed on you. But a hundred years ago, you probably died from something you caught. While hygiene and modern medicine have thankfully eliminated the deadliest of those bugs, there’s still plenty of parasites, bacteria, and viruses hoping to reproduce in the warm, cozy environment of your body. Like it or not, we and these microbes are intimately intertwined.

Climate change is expanding the geographic reach of some diseases, possibly including hantavirus, brain eating amoebas, and at least seven others. Others, once eradicated, have returned due to indiscriminate antibiotic use. And still other diseases have remained a mystery, continuing to frustrate doctors and patients. Below, we’ve rounded up the best long-form journalism on disease, ready for your consumption. Apologies in advance, hypochondriacs.

For more long stories from Mother Jones check out our longreads archive. And, of course, if you’re not following @longreads and @motherjones on Twitter yet, get on that.

Are blow jobs responsible for drug-resistant gonorrhea? Related question: Does anyone use condoms during oral sex? Our combined lax attitudes toward antibiotics use and oral sex have spawned a strain of gonorrhea resistant to every known antibiotic. Luckily, there is a cheap, easy solution—if only we’ll use it.

Condoms, long dismissed as unnecessary for birth control and suboptimal for pleasure, ultimately returned as a proven way to stem the spread of H.I.V. The challenge now facing the public-health community is how to persuade people to rethink an insidious disease—and, to a great extent, a sexual practice—that has come to be viewed as trivial. As the distinction between safe sex and safer sex becomes ever less meaningful, the responsibility to be vigilant grows more personal, and more urgent.

A parasite from cat litter crawls into your brain, making you more daring or extroverted or keen on wearing rumpled clothes. This may sound far fetched, especially when it comes from an eccentric Czech scientist, but the science is compelling. Many microbes, not just Toxo, can alter our minds as well as our bodies.

“Is it possible cat urine may be an aphrodisiac for infected men?,” I ask. “Yes. It’s possible. Why not?” says Flegr. I think he’s smiling at the other end of the phone line, but I’m not sure, which leaves me wondering whether I’ve stumbled onto a topic ripe for a Saturday Night Live skit, or a matter worthy of medical concern.

Tuberculosis usually invokes consumptive 19th century poets—or, at worst, a problem for countries lacking modern medicine. But with the disease largely eradicated in the First World, surveillance has grown lax, antibiotic resistance has shot up, and globalization has given the bacteria millions of lungs to hitch a ride. Doctor Kevin Patterson begins his story with patients in the Hudson Bay, a TB hotspot that could become the spoke of a new epidemic.

The creature arrived in the arctic as it had spread itself around the world. It lay dormant in the lungs of someone apparently healthy enough to undertake such a journey, and then, when he was weakened, perhaps by hunger, or cold, or simple loneliness, it revived itself explosively. The sailor, or the missionary, or the trader found himself coughing paroxysmally and febrile, in some little iglu or tent, the bacterium streaming through his blood, to all his organs, and then a local Inuk had the misfortune to enter the shelter and leave. In Arviat, one of the Inuit communities that hug the shore of Hudson Bay, lives a woman I will call Therese Oopik, who carries the descendants of the creature within her.

Rabies is the rare disease that is almost 100% fatal—you can count the number of known survivors in human history on your fingers. Monica Murphy and Bill Wasik document the medically induced coma that may have saved one of these rare survivors.

Thousands of years of medical history say that Precious should not have survived. And indeed, some of the world’s foremost rabies experts refuse to concede that Willoughby’s theory of the disease is sound—or even that his protocol is actually saving patients. It’s a scientific controversy that underscores just how little we know about neglected diseases like rabies, which still kills humans in numbers that are significant (55,000 a year, by the most recent World Health Organization estimate, most of them in Asia and Africa), but not significant enough to rate much in the way of research funding.

An enterprising neurologist finally diagnoses dozens of mysteriously ill children: it’s chronic Lyme disease. She puts them on intravenous antibiotics, and they get better. But no, says the CDC and most of the medical establishment, there is no such thing as chronic Lyme disease. In 17 years since this story first appeared, both camps are still convinced as ever that the other side is wrong.

The Lyme community’s war mentality reaches its peak in support groups, an estimated 250 of which meet weekly in schools and churches around the country. The talk may be of “Lyme Brain,” when a woman with the disease forgets, for example, that she put a teakettle on the stove or, infinitely more scary, forgets her name. Someone may mention a friend who acquired the disease from sand fleas, which becomes an occasion to berate government health officials who won’t accept the Lyme community’s assertion that myriad insects besides the deer tick carry the disease. But invariably the conversation turns to a species of vermin that chronic-Lyme patients loathe more than ticks: “ivory tower” medical researchers whose blanket rejection of chronic Lyme has left them derided as hypochondriacs.