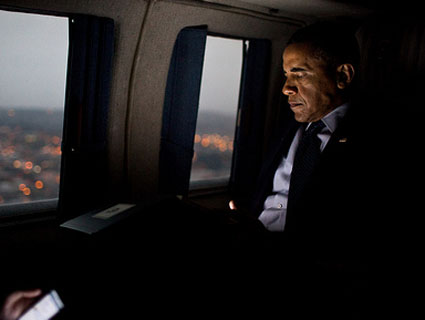 Mitt Romney’s massive parasitic moocher class encompassing nearly half of the American public does not exist. Many of you have probably already seen the stories (and the video) that are shaking up the Romney campaign. My MoJo colleague David Corn reported yesterday that Romney had told a group of wealthy donors at a May fundraiser—held by private equity manager (and sex-party enthusiast) Marc Leder—that 47 percent of Americans are “dependent upon government, who believe that they are victims…who believe the government has a responsibility to care for them,” and who, of course, “pay no income tax.” (He said other things too, in the second installment.)

The refrain that “they pay no income tax” is so common on the right that we might as well refer to it as the Dirge of John Galt. This statistic frequently morphs into “pay no taxes,” further exacerbating the right’s sense of rage at the freeloaders sucking on the federal teat.

But as the Washington Post‘s Ezra Klein noted Monday, statistics from the Tax Policy Center tell a different story. Of those who don’t pay income tax, around 60 percent percent pay their fair share through payroll and other taxes and 22 percent are elderly people on fixed incomes, while most of the remaining 20 percent make less than $20,000 a year—the kind of money Romney thinks the average person can just borrow from their parents. And a fraction of this nonpaying crowd consists of exceptionally wealthy people who can afford to find elaborate ways of avoiding income taxes.

All in all, about 80 percent of Americans pay federal income or payroll taxes. But those who don’t still pay state taxes, which typically ask for a higher proportion of income from the poor and middle class than from the wealthy. Adding to the awkwardness is Romney’s theory that this class of parasitic “dependents” won’t vote for him—which makes little sense, since Republican voters skew elderly and make up a decent chunk of the group that pays no income tax; many of the people Romney has dismissed as moochers are actually part of his base.

Many of the people Romney has dismissed as moochers are part of his own base.

It’s very bad for Romney, but it’s hard to know just how damaging the video will ultimately be, and it would be absurd to declare his campaign a failure weeks before Election Day.

Whether or not his remarks dismissing half the country as freeloading losers are his “true feelings” is impossible to know. A politician speaking to an audience at a fundraiser may speak differently than one speaking to an audience on television, but each message is crafted for its audience. The beliefs expressed by Romney in that fundraiser sound strange coming from the man who brought universal health insurance coverage to Massachusetts. And there’s another irony here that I find impossible to ignore.

Since 2007, Barack Obama’s rivals have treated him almost like a monster of myth who could be defeated with the right tool. Since the apocryphal “whitey tape,” an odd, false rumor about a tape purportedly showing the president’s wife using a racial slur to refer to white people, conservatives have sought the holy grail that would end Obama’s career, convinced that a pliant media has simply refused to unearth it—or worse, were deliberately hiding it to protect their hero. From the absurd conspiracy theories of Obama’s birth and religion to the late Andrew Breitbart’s website exposing the terrible truth that Obama once hugged an old man who spent much of his life fighting racial apartheid, conservatives have sought not only to obstruct Obama’s agenda, but to expose him as the greatest hoax ever—American history’s most terrible fraud.

The GOP has finally seen that silver bullet. Only it’s not aimed at the guy they were trying to take out.

The Obama of conservative nightmares is not merely a bad president or one who pursues policies they disagree with, but a committed radical, a racist who hates white people so much that he would deliberately drive America to ruin and submit the nation to foreign—even Islamist—domination. Those on the right knew their worst assumptions about the president were true; they felt this in their souls. And nothing—from Obama’s hawkish foreign policy to his embrace of a nationalized version of Romney’s own universal health care plan in Massachusetts—would persuade them otherwise. One day, they would prove it: a college thesis, video of a speech, an unguarded utterance that would reveal, for all the world to see, the True Barack Obama.

Now fate finds Republicans, in the waning days of the 2012 campaign, faced with video of one candidate expressing his total contempt, his unfettered disdain for half of the country. Only it’s not the guy they’ve been trying to take out. It’s the guy they nominated.

There’s something poetic about that. Particularly since the Mitt Romney in the video, sincere or otherwise, is nothing if not the exact candidate conservatives wanted, a being of their own creation. They built that.