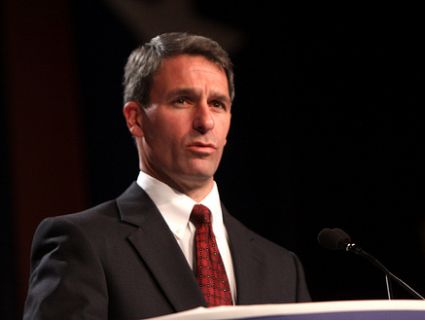 The “war on women” headlines aren’t going away. Under pressure from conservative politicians, the Virginia Board of Health voted Friday to reverse an earlier decision that would have protected the state’s existing abortion clinics from strict new regulations. All clinics that provide first-trimester abortions now have two years to modify their facilities to be more like full-scale hospitals. That means many of the clinics could be forced to either make expensive renovations or stop offering abortion services altogether. Often called “targeted regulation of abortion providers,” or “TRAP” laws, these rules focus specifically on abortion providers with the intent, reproductive rights advocates say, of making it extremely difficult for clinics to operate.

The board’s 13-to-2 flip-flop provoked an outraged chorus of “shame, shame,” from abortion rights advocates gathered in the meeting room. Security swiftly ushered protesters out of the room, as one woman yelled, “You don’t give a shit about women living in Virginia!”

Friday’s decision was a dramatic about-face for the board. In a June meeting, board members voted 7 to 4 to allow existing clinics to be grandfathered in; if that rule had been upheld, only new clinics would have had to comply with the new regulations. But Ken Cuccinelli, Virginia’s staunchly conservative attorney general, refused to certify the health board’s regulations, arguing that the board had overstepped its power by allowing existing clinics to continue operating under the old rules.

Friday’s vote was the latest development in more than a year of debates over new clinic regulations. In February 2011, the legislature approved a new law creating separate licensing for abortion clinics and directing the board to establish new regulations. The rules released in August 2011 included strict new building codes that threatened to close many of the state’s clinics that offer first-trimester abortions. The rules require clinics to meet the same standards as new outpatient surgical facilities, with new specifications for the size of pre-op rooms, the width of the hallways, location of bathrooms, and number of parking spaces.

The board’s June decision would have allowed the state’s 20 existing clinics to stay open, but the fate of the facilities is now unclear. Michelle Movahed, an attorney with the Center for Reproductive Rights, said the Virginia clinic rules are the “harshest” in the US. Although Pennsylvania also has similar rules, the state created waivers so that clinics could stay open. Strict clinic regulations proposed in Kansas are also tied up in litigation. The Virginia rules will continue to be the subject of much more debate, as this is just the first phase of “emergency” rules until permanent ones are put in place, likely in 2013.

Abortion rights advocates say the board was “bullied” into changing its decision. In a memo sent to board members the Virginian-Pilot obtained this week, the attorney general told board members that the state would not represent them if they were sued in response to their decision. Board member James Edmondson Jr. said that they were “warned” that they could be left to defend themselves on the decision, and may have to cover their own legal fees.

Edmondson offered three different alternative measures at Friday’s meeting in hopes of protect existing clinics that board members—and the legal representative from the AG’s office on hand for the meeting—shot down. “My colleagues,” he implored in the course of debate, “please don’t be cowed by an assertion that you lack authority to do what it is our job to do.”

Board member Anna Jeng argued that this would be the first time that the board subjected existing medical facilities to the standards meant for new buildings. But Allyson Tysinger, a senior assistant attorney general, told the board that because the licensing for abortion clinics is new, all facilities should be considered new. “This board has no authority to grandfather,” she said. In the end, the board voted to approve the alternative language presented by the Department of Health and approved by the AG’s office that will give clinics two years to comply with the new building code. Edmunson and Jeng were the only two members that opposed the state’s proposal.

Dr. M. Catherine Slusher, a board member who voted in favor of grandfathering existing clinics in the June meeting, said there was a “tremendous cloud of confusion” around the last vote. Based on the legal complaints from the AG’s office, she reversed her decision at Friday’s meeting. She said she did not feel pressure from the AG’s office to change her vote.

Edmondson said he was surprised that so many members changed their vote, but noted that it was the most political issue presented to the board in his eight years as a member. “We’re not lawyers. We’re not politicians,” he told reporters after the meeting. “We’re a completely apolitical body, and suddenly we’re thrown in a completely political situation. And I don’t think we coped very well.”

Before the vote, board members heard an hour of impassioned public comment from both reproductive rights activists and abortion foes. The room was packed to capacity, as was the spill-over room next door, and approximately 200 more people waited in line outside the office building.

Cheryl Oliver of Scottsville, Virginia, who was waiting outside after the vote, said she hoped it would galvanize more pro-choice voters in the state. “I think there will be a lot more of an outcry now,” said the longtime Democratic political activist, who was one of 31 people arrested at a women’s rights rally on the steps of the capitol in Richmond last March. “More people are waking up in Virginia about this issue. We’ve been asleep for a long time.”