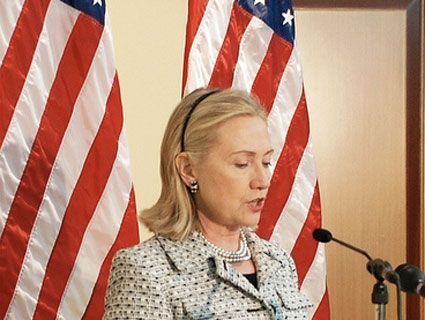 When a set of State Department emails were released Wednesday, one reporting that a local Islamist militia had claimed responsibility for the attack on the US consulate in Benghazi that killed four Americans, including the US ambassador to Libya, conservatives thought they had the smoking gun that the Obama administration had lied about what had occurred.

Reuters reported Wednesday that on September 11—the day of the attack—a State Department email with the subject header “Ansar al-Sharia Claims Responsibility for Benghazi Attack” was sent to the White House. The message stated that “Embassy Tripoli reports the group claimed responsibility on Facebook and Twitter and has called for an attack on Embassy Tripoli.” Case closed, conservatives said: The White House had engaged in a cover-up.

“[T]he president and his advisers repeatedly told us the attack was spontaneous reaction to the anti-Muslim video and that it lacked information suggesting it was a terrorist assault,” wrote Jennifer Rubin, president of the Washington Post‘s Mitt Romney fan club. “Bottom line? Barack Obama was willfully and knowingly lying to the American people,” wrote Danielle Pletka, vice president for foreign and defense policy studies at the American Enterprise Institute. (Of course, the idea that the video played a role is not inconsistent with the idea that the attack was an “act of terror,” a phrase the president himself used to describe the attack in the days following the incident.)

There’s only one problem—well, actually, there are many, but one big one: The email appears to have been incorrect. Ansar al-Sharia in Benghazi, the group suspected of attacking the consulate, never claimed responsibility for the assault. In fact, according to Aaron Zelin, a fellow at the Washington Institute for Near East Policy who monitors jihadist activity online, Ansar al-Sharia in Benghazi didn’t post about the attack on its Facebook or Twitter page until September 12, the day after the attack. They expressed their approval of the incident, but they didn’t take credit; they did imply members of the group might have been involved, according to Zelin, stating, “Katibat Ansar al-Sharia [in Benghazi] as a military did not participate formally/officially and not by direct orders.” The statement also justifies the attack by implicitly alluding to the anti-Islam video linked to unrest in other parts of the Middle East, saying, “We commend the Libyan Muslim people in Benghazi [that were] against the attack on the [Muslim] Prophet [Muhammad].”

“It is possible staffers were mistaken in the heat of the moment,” wrote Zelin in an email to Mother Jones. “Not only was there no statement from ASB until the following morning, but it did not claim responsibility.” (Zelin provided Mother Jones with screenshots of AAS’s Twitter feed and Facebook page, which he also provided to CNN. It’s possible the posts could have been deleted, but there’s no way to prove that.)

Even if the State Department email had been accurate, conservatives pounced on it eagerly without underlying corroboration, thereby providing a pretty good example of how complicated intelligence analysis can be and why it’s a bad idea to simply jump on a piece of information that fits your preconceived biases. The email was just one piece of information gathered in the aftermath of the attack. While the White House’s initial explanation that the attack had begun as a protest turned out to be wrong, the email itself doesn’t bear on two of the major remaining questions: what role the video played and whether the attack was planned or spontaneous.