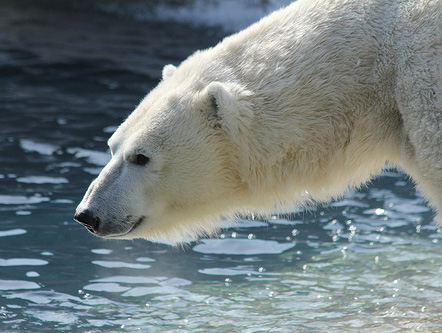 The long, strange case of a government scientist under investigation for alleged malfeasance appears to be over, but the official report on his case, if anything, makes the whole thing even more bizarre.

In July 2011, we told you about Charles Monnett, a wildlife biologist with the Bureau of Ocean Energy Management (BOEM) in Alaska who was placed on administrative leave and investigated by the Interior Department’s inspector general. Monnett had coauthored a 2006 paper in the journal Polar Biology that documented four dead polar bears in the Beaufort Sea in 2004, projecting that declining sea ice might cause more bears to die in the future. The paper was later cited in efforts to get the polar bear protected as an endangered species. Needless to say, it was rather unexpected when the IG’s investigators came after Monnett for vague “integrity issues” five years after the paper was published.

The resulting report, released on Friday, reveals that the IG was investigating accusations lodged against Monnett by “a career US Department of the Interior (DOI) employee.” According to this “confidential complainant,” Monnett had released government emails to unauthorized outsiders, fudged his polar bear report, and dealt improperly with a government contractor.

Regarding the email charge, the report rehashed a incident that took place in 2007, when the BOEM—which used to be called the Minerals Management Service—was evaluating Shell’s exploratory drilling plan for the Arctic. At the time, agency scientists leaked emails raising concerns about the environmental review of the plan and showing that the Bush administration wanted internal disputes over the review kept quiet. It turned out that Monnett was the source for at least some of those emails. But the Interior Department has known that since 2008, and decided against disciplining Monnett. Only last week, in response to this IG’s report, did BOEM issue Monnett a written reprimand, which notes that the leaked emails were used later in court cases against the drilling plan.

If it sounds strange to investigate such matters so many years after the fact, we’re just getting started. In 2011, when the department launched its investigation of Monnett, a BOEM spokeswoman insisted to me that it had “nothing to do with scientific integrity, his 2006 journal article, or issues related to permitting, as has been alleged.” That would appear to be false, as the new report dedicates 40 of its 60 pages to the allegations about Monnett’s polar bear paper. The confidential complainant claimed that Monnett and his coauthor had “omitted critical data or results and possibly submitted false data to advance a global warming agenda.”

Interior’s investigators don’t appear to know much about how the scientific process works.

The IG’s investigators pursued seemingly every angle to determine whether Monnett had engaged in some manner of misconduct in his research eight years ago. But their so-called investigation—much like the interview transcript Monnett’s lawyers released earlier—was worthy of the Keystone Kops. The investigators don’t appear to know much about how the scientific process works. They chastise Monnett because his boss didn’t follow through on the internal review process. And they accuse him of some kind of conspiracy because he contacted the world’s leading polar bear expert for his insights on the dead bears. The expert noted that there might be a “global warming angle,” which was apparently evidence of collusion or somesuch rather than, I don’t know, what a good scientist does when he spots a bunch of dead bears and thinks, “Gee, that’s weird. Maybe I should talk to some top researchers about it.” The whole polar-bear section of the report is laced with strange insinuations that Monnett and his coauthor must have somehow fudged the science in this peer-reviewed paper, but the investigators offer not a scrap of evidence to back up this assertion.

The second part of the investigation looked at Monnett’s involvement with scientists at the University of Alberta who were given a US government contract to tag polar bears with tracking devices. The complaint was that Monnett had had “improper” communication with the contractor in 2004 and 2005, before the grant was awarded. But according to the investigtors’ own research, it was a sole-source (non-competitive) contract, and Monnett’s process was both acceptable and fairly standard for his office, according to others they interviewed. While some of the practices may have been inadvisable, Monnett certainly didn’t run afoul of any laws.

All this hoopla for a letter pointing out an indiscretion the government has known for years.

And that’s it. The letter to Monnett from his agency indicates that the department will take no action beyond reprimanding him over the 2007 email incident—all this hoopla for a letter pointing out something that BOEM has known about for years.

It is the subtext of the IG’s report that illuminates what’s really going on here: Whoever lodged the original complaint has a bone to pick with Monnett over his polar bear study, his “global warming agenda,” and his whistle-blowing over Shell’s drilling plans. After all, the main point of controversy over the polar bear’s endangered status is that efforts to protect bear habitat might interfere with drilling. And if we acknowledge that climate change caused by burning all that oil and gas is melting the Arctic, then that, too, is bad for oil and gas interests.