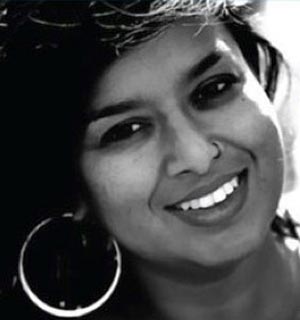 It was only one of the many headlines on foreign conflict that file rushed, largely unobserved, through the American news machine: “Sri Lanka frees Tamil Tiger leader,” the Daily News announced last week, by way of Agence-France Presse. The last leader of the Tamil Tigers, the separatist group that fought a brutal civil war with the Sri Lankan military in suicide bombings, civilian mutilations, and child soldiers for more than three decades, was to be released without charges.

But where bone-dry agency reports fail, fiction can work to fill in some of the emotional blanks. From this particular war, one marked by 100,000 deaths and countless broken lives in atrocities committed by both sides, first-time author Nayomi Munaweera has published a lush family saga in a Queen’s English lilt, told largely from the perspective of a Sinhalese woman who emigrates as a child, mid-conflict, to Los Angeles, and returns to Sri Lanka as an adult.

Island of a Thousand Mirrors reads quickly, though it’s unsparing. With the same, rich strokes she uses to evoke exquisiteness in preparation of coconut sambola, Munaweera, who was born in Sri Lanka and raised in Nigeria, describes rape, massacre, and all matters of wartime evisceration in pulsing, sensory detail. In one breath, it’s as much a swift inhale of trauma as it is a romantic epic, embracing both pain and nostalgia from earlier times. In the style of García Márquez or Allende, the story traces love lines from 19th century generations—then surfaces in the recent past, when the narrator goes back to Sri Lanka only to encounter new tragedy.

But there’s another critical aspect of the novel that saves it, perhaps, from a narrow take on sprawling devastation. Munaweera doesn’t just stick to the story of one Sinhalese family—she also writes from the mind and body of a Tamil woman who, after being brutally raped, joins the ranks of the Tamil Tigers. While the transition could be received as abrupt, it’s also a welcome narrative in a story that refuses to sum up, or limit impact felt to one side.

Still, it might be the parts of the novel that deal with trauma indirectly that leave the largest impression. I return to one moment when the narrator, driving to the Sri Lankan capital Colombo, describes the car moving through a migrating cloud of “a million suicidal butterflies:”

“In the front seat, La holds her head in her hands. Shiva kneads her knee. She says, ‘Why are they doing this?’ in a thick strangled voice. And we can only shake our heads, struck dumb by the massacre.”

In this way, Munaweera’s fiction succeeds in flushing life into the numbers—the hundreds of thousands living in diaspora, as well as hundreds dead in suicide bombings—that have come into refracted light.