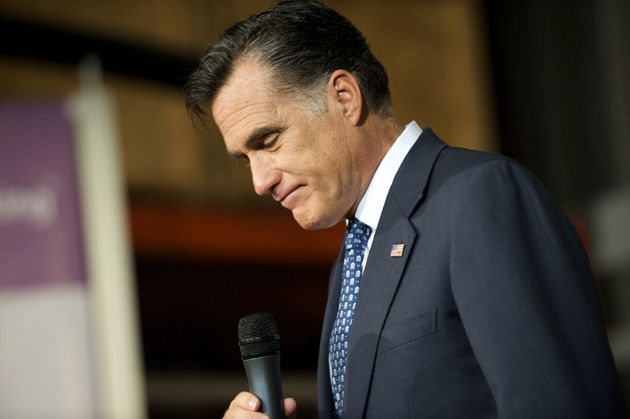 On Thursday night, Mitt Romney, taking something of a victory lap following the first presidential debate, appeared on Fox News (where else?) with Sean Hannity (who else?), and was asked what he would have said had President Barack Obama referred to Romney’s 47 percent rant. The Republican presidential contender replied:

This was quite different than what Romney said in that hastily called press conference after Mother Jones released the 47 percent video. At that point, Romney maintained that his comments had been inelegant, but he embraced the “message” he had been trying to convey at that private $50,000-a-plate fundraising dinner at a Boca Raton mansion. Nothing wrong with these comments, except for a certain clumsiness, said the candidate who wrote a book titled No Apology.

So he’s changed his tune. Big surprise? Not really. This is an indication, though, that he and his strategists believed his 47 percent minute are still an important factor in the race and a profound problem for him. Romney wouldn’t otherwise shift his response at this stage. Focus groups conducted by the Obama and Romney campaigns have indicated that his 47 percent remarks have alienated independent voters and even “weak Republican voters.” Apparently, the 47 percent effect is not fading fast.

After the debate, Obama was much criticized by Democrats (and pundits) for a lackluster—to be polite—debate performance during which he never mentioned the 47 percent video, Romney’s days at Bain Capital, or Romney’s refusal to release tax returns of previous years. As I reported yesterday, an Obama campaign official explained,

Not that we won’t talk about [the 47 percent video] again. We will. But [what’s] most compelling [is] hearing it from Romney himself. We’ve got that on the air at a heavy dollar amount in key states. And it’s sunk in. Ultimately the president’s goal last night was to speak past the pundits and directly to the undecided voter tuning in for the first time about the economic choice and his plans to restore economic security.

Perhaps Obama had made a smart decision. Obviously, Romney and his aides calculated that he had to say something more contrite about his 47 percent tirade, and he was ready to make this nonapology apology at the debate in front of one of the biggest audiences he will have between now and Election Day. Purposefully or not, Obama ended up denying Romney a national platform for his reversal and forced Romney to play this move on Fox, where he wouldn’t be speaking directly to millions of people ticked off by his comments.

As for Romney’s actual explanation, it was thin. He didn’t say what had been wrong about his comments. Was he merely wrong on the numbers by conflating Obama voters with people who don’t earn enough to pay taxes and Americans who receive some form of government assistance or payment? Was he wrong to say that half the nation are moochers and victims who don’t take personal responsibility for their lives? What does he really think about all this—and them? His explanation required a bit more explanation. Yet Hannity—don’t be shocked—didn’t challenge him. Which means this case is not closed, and Romney’s 47 percent moment is not likely to remain in the past.