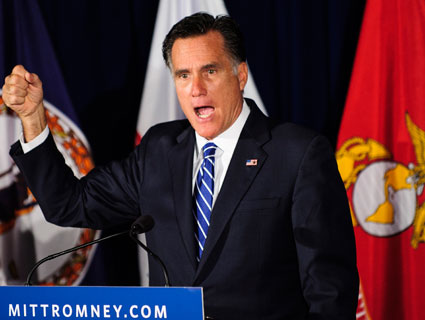 For a good part of his campaign, Mitt Romney has been dogged by questions about his taxes—everything from whether he’s avoided paying them by investing offshore to how he managed to amass an individual retirement account (IRA) worth tens of millions more than any average person could invest in it. Romney has for the most part refused to answer substantive questions about anything related to his taxes, and he’s only released two years worth of returns. He’s also claimed that, as president, he’d close some tax loopholes to help balance the budget, while avoiding giving any specifics. The upcoming presidential debates provide a unique opportunity to pin Romney down on some of the questions he’s been avoiding.

Here are 11 good questions to ask:

1. Your IRA retirement fund is worth as much as $100 million, but federal law limits IRA contributions to $30,000 a year. In light of this, how did you manage to sock away such a massive nest egg?

2. In 2010, your financial manager closed out your Swiss UBS bank account, essentially saying that your money had been invested there to hedge against the US dollar. Should your extensive holdings in offshore investments, such as the one in Switzerland, be read as a sign that you don’t have much faith in American banks or the American economy?

3. Did you participate in the 2009 UBS amnesty program, in which thousands of Americans who were illegally avoiding taxes by parking cash in the Switzerland-based bank’s accounts were allowed to come clean with the IRS without facing criminal penalties?

4. Gifts above $10 million are subject to a 35 percent tax. Describe how you were able to put $100 million into a trust fund for your children and grandchildren without paying any gift taxes on the money.

5. While working at Bain Capital, much of your compensation came in the form of something known as carried interest rather than ordinary income. The arrangement allowed you to avoid paying income taxes in the range of 35 percent, and instead pay capital gains taxes, which are 15 percent, a significant reduction. Why shouldn’t the returns on the labor you put in to managing a private equity fund be taxed as ordinary income?

6. Your severance agreement with Bain Capital has paid you millions of dollars for the services you performed at Bain. Did you pay the Medicare tax on those amounts, and if not, why not?

7. Beginning in the 1990s, American companies started using a tax shelter known as “The Son of Boss,” which ended up costing the federal government $6 billion. As head of the audit committee on Marriott International’s board, you approved such a shelter, in which Marriott used fictional losses to lower its taxes. Why?

8. A Senate investigation has found that the use of tax havens costs the US treasury at least $100 billion a year and contributes significantly to the national debt. If you are elected, would you lead a crackdown on financial secrecy in places like the British Virgin Islands or the Cayman Islands, where Bain Capital has many of its investment funds?

9. You’ve said that one reason big American companies are doing well is that they know how to avoid taxes by moving their money offshore to tax havens. By doing this, however, big companies out-compete smaller businesses (which can’t use tax havens) based on a factor that has nothing to do with real productivity. Given that the small businesses are often the innovators and job creators, do you view these tax avoidance strategies as beneficial or harmful to the US economy and the US treasury?

10. How does your support for the use of tax havens by US companies square with your pointed criticism of the 47 percent of Americans who don’t pay income taxes?

11. In 2000, under your leadership, Bain Capital was involved in a deal in Italy in which your company reaped $1 billion in profits from a leveraged buyout. The investors in the deal believe they were ripped off, as does the Italian government, which was unable to tax the Bain profits thanks to the company’s use of an offshore tax haven, which directed this windfall back to the US tax-free. Italy’s financial crisis has been exacerbated by tax scofflaws and the failure of its citizens to pay taxes. Do you support a global crackdown on tax havens that would allow financially strapped countries to legally tax income produced within their borders?