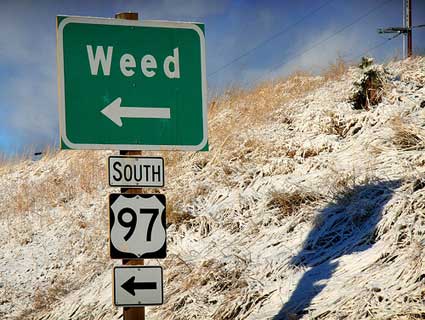 Two years ago in Breckenridge, Colorado—on April 20 at 4:20 p.m., to be precise—Mike Davis opened up a pot lounge. The Club 420 didn’t just cater to medical marijuana patients: Any adult with a bag of weed could come inside, rent a vaporizer, and smoke out. Citizens of this quaint snowboarding village had recently voted to decriminalize pot possession, but local officials figured a pot lounge was a step too far and quickly shut it down. No matter. Breckenridge continued to be known as Colorado’s most toker-friendly tourist town—”the Amsterdam of the Rockies.”

While Breckenridge’s tourism boosters have hesitated to embrace that label—at least publicly—they might change their minds with the passage last week of Amendment 64, a statewide measure to legalize the sale and recreational consumption of pot. “Legalization will be a huge boon to the local economy,” says Caitlin McGuire, the owner of the Breckenridge Cannabis Club, one of five medical marijuana dispensaries in this town of just 3,400 residents. “Plenty of people will choose Breckenridge so they can experience our great outdoor beauty—and then relax with a joint at the end of the day.”

Be that as it may, Breckenridge is approaching pot tourism like an intermediate skier would scope out a double black diamond: with extreme caution. Local leaders still talk about the fallout from the town’s 2009 decriminalization law, which inspired some conservative groups to call for a boycott of the town. “Fifty percent of people thought we were doing the work of the devil, and the other fifty percent thought we were the most enlightened community around,” says Mayor John Warner, who backed the law. Ultimately, Breckenridge’s embrace of pot had no noticeable effect on tourism, he adds.

Warner believes that the Town Council will probably embrace legalization—within limits: no cannabis shops in the middle of town, and no pot-leaf signs or provocative ads. The town doesn’t want to scare away families with kids or attract the wrong kinds of visitors. “We have lived in a little bit of a bubble up here, where the feds have not been targeting us,” he points out, “but as it becomes a little bit more high profile, I worry that we might see some sort of action from the Justice Department. So I don’t see us becoming a mecca.”

Of course, even if Breckenridge were to leave its pot regs up to Cheech and Chong, local “ganjapreneurs” might hesitate to replicate the freewheeling Amsterdam scene. “The first people through the wall will get the bloodiest,” says Dale Sky Jones, the Executive Chancellor of Oaksterdam University in Oakland, California, which was raided by federal agents after its founder, Richard Lee, led a state legalization campaign in 2010. Federal crackdowns have crimped Oakland’s pot tourism plans and scared other cities off of similar ideas.

Given the risks, the first towns to try and normalize the marijuana trade may be the ones with less to lose—for instance, municipalities in the grittier post-industrial parts of Washington state, which also voted on Tuesday to legalize marijuana. Possession of small amounts of weed will be legal there early next month, and state-licensed marijuana stores could open by December 2013.

And there’s the pipe dream of pot-farm tourism: legalized cannabis plantations with tasting rooms and u-pick buckets. Don’t count on it, says Chris Van Hook, the owner of Clean Green, a California-based pot ecocertification program. Some of the dozens of cannabis farmers he visits each year in the state’s Emerald Triangle had considered the idea for their medical marijuana patients, but set it aside in the face of amped-up federal raids.

If the feds don’t immediately nip legalized marijuana in the bud, chances are that “green travel” will grow slowly as entrepreneurs and pot-friendly towns gauge how far they can push matters. Places like Breckenridge might be the first beneficiaries as they rely on pot stores to draw additional visitors, but stop short of visibly promoting them. “Our current marketing focuses on the outdoors, culture, and the arts—and we are just continuing with marketing on those areas,” says Rachel Zerowin, public relations director at the Breckenridge Resort Chamber. As for marijuana, “it’s just not something that people bring up.”

This article has been revised