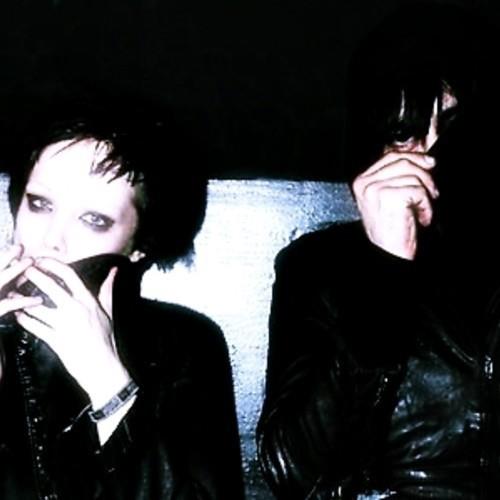 You’ve got to hand it to Crystal Castles. It’s not easy to be relentlessly macabre and unapologetically bleak while at the same time making people want to get up and dance. But when Alice Glass, the Canadian duo’s goth-eyed frontwoman, glowers with punk ferocity across producer Ethan Kath’s hard-driving beats, the only reasonable thing to do seems to be to follow them to hell and back; it’s rave music in every sense of the word.

One of the band’s trademarks is its spooky album-coverage imagery—an illustration of Madonna’s bruised, bloody faced glared out from the cover of their first EP; a possessed little boy lurches across a graveyard on the cover of II. But the occultish, phosphorescent image of a shrouded figure cradling a man’s body on the cover of this third album, (III), moves beyond haunting for its own sake: It’s actually a stylized photo of a Yemeni woman holding her son, a protester who’s been tear-gassed. Glass has said that “oppression” is a major theme of (III), explaining vaguely that “I didn’t think I could lose faith in humanity any more than I already had, but after witnessing some things, it feels like the world is a dystopia where victims don’t get justice and corruption prevails.” (She’s somewhat more forthcoming in a cryptic email interview with Pitchfork, reciting a litany of statistics detailing various forms of gender oppression.)

That grim outlook is evident with a glance through the track list, which features song titles like “Plague,” “Wrath of God,” and “Mercenary.” I’d call “Child I Will Hurt You” playfully absurd; but then, Crystal Castles have never had much of a sense of humor. Nor have they ever shied away from dissonance, but this album feels particularly abrasive. The fragmented rasping of “Insulin” assails you for the entirety of its just-under-two-minute duration, while the shrill, skittering line underwriting “Pale Flesh” is irritating, tense, and anxious. 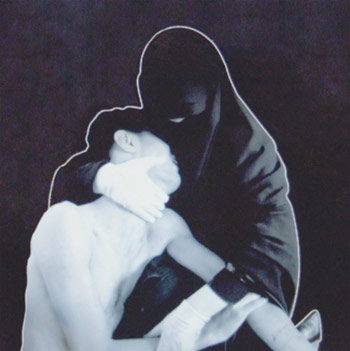 The swirling storm of noise that opens the (frankly terrifying) “Plague” builds a sickly sense of dread that erupts into a menacing beat as Glass gnashes and wails, while the high-energy—if a bit boilerplate—dance track “Sad Eyes” blasts away from the first note. The darkly ominous undertones and shearing, portentous beat of “Mercenary” anchor Glass’ wraithlike murmurings, while”Kerosene” has a resonant foundation that buttresses its eerie, high-pitched warbles. In one of the only audible lyrics of the whole album, Glass sighs, “I’ll protect you from/All the things I’ve seen.”

But abrasive doesn’t mean unlistenable—rather, most of these songs are irresistible, like “Wrath of God.” The song draws you in with a fast-paced staccato overlaid with a bell-like melody made eerie by what sound like swooping blades, and keeps you hanging on Glass’ distant, unintelligible vocals over a beat that abruptly pounds and blurs.

Other songs offer moments of respite from the aural assault. “Transgender” is ethereal and borderline liturgal at the start, interspersing phantasmally wavering notes as an uptempo, multipart beat gradually comes into focus, while the shimmering, halting beat in “Telepath” swells and wanes portentously. With “Affection,” an entrancingly tender, dubstep-inflected track, Glass is softer, closer, calmer—spaced out rather than amped up. On the album closer, “Child I Will Hurt You,” she’s gentle, quiet, even reassuring as she practically coos the (still unintelligible) lyrics over a twinkling lullabye of a melody, all of which makes the title seem even creepier.

If all of this sounds a bit unsettling, well, it’s supposed to. (III) is often disquieting and occasionally despairing—but it’s also unflinchingly defiant, and viscerally cathartic. Rage to it, scream to it, dance to it—but listen to it.