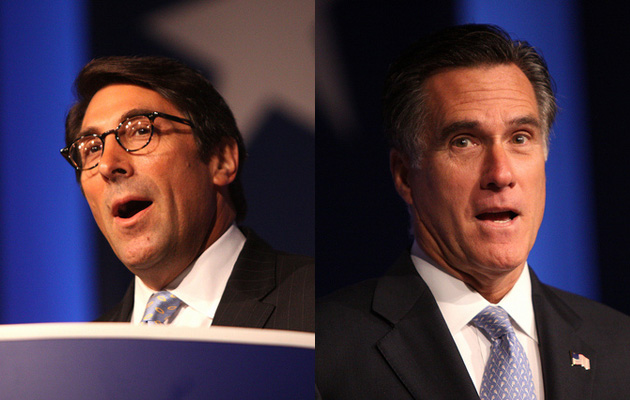 In the conservative political world, Jay Sekulow is hailed as an avowed crusader for religious liberty and the super-attorney behind the American Center for Law and Justice, a group Time magazine called a “powerful counterweight to the liberal American Civil Liberties Union.” Unlike many conservatives, Sekulow, a Fox News legal analyst, has long backed Mitt Romney, whom he calls his friend. Sekulow advised Romney’s 2008 presidential campaign, and has reprised that role during the 2012 election. He and his group have also joined forces with anti-gay crusaders in Africa to criminalize homosexuality.

Sekulow and his son Jordan opened affiliated offices of the ACLJ in Africa to lobby politicians to “take the Christian’s views into consideration as they draft legislation and policies,” according to ACLJ’s website. ACLJ’s Zimbabwe office has pushed an agenda that backs outlawing same-sex marriage and making sure that homosexuality “remain[s] a criminal activity.” (Zimbabwe had outlawed homosexuality in 2006.) Zimbabwean president Robert Mugabe is among the most ruthless dictators in the world—but in 2010 ACLJ-Zimbabwe’s chairman, pastor Alex Chisango, led Mugabe and others in prayer to kick off Zimbabwe’s constitutional reform drive. ACLJ wanted to ensure that, whatever else changed in the country’s constitution, homosexuality remained illegal and same-sex marriage was banned. (Another ACLJ office in Kenya lobbied to eliminate an exemption allowing an abortion when a women’s life is at risk.)

In January, the Sekulows officially endorsed Romney’s 2012 campaign; Romney, in turn, thanked the Sekulows and said, “I look forward to working with them to ensure that we can bring conservative change to Washington.” Jay Sekulow has identified himself as a Romney adviser. And Politico has reported that he talked strategy in April with Romney and other conservative leaders in Washington, DC, and that Sekulow’s advisory role included acting as a liaison between the campaign and movement conservatives. (A Romney spokeswoman did not to respond to a question about Sekulow.)

ACLJ spokesman Gene Kapp said that Sekulow is an “informal” adviser. “Jay Sekulow is an active supporter, endorser, and friend of Mitt Romney and has been for many years,” Kapp says. “He has endorsed Romney in his individual capacity as a private citizen, not as chief counsel for the American Center for Law and Justice. His support is voluntary and unpaid.”

Evangelical values undergird ACLJ’s legal work, and so it’s no surprise the Sekulows have fought efforts to legalize same-sex marriage. Jay Sekulow is a vocal defender of the Defense of Marriage Act, or DOMA, a federal law that defines marriage as between a man and a woman. (Last year, President Obama told the Department of Justice to stop enforcing DOMA.) In court, ACLJ has fought efforts to pro-same-sex marriage in New Jersey, Washington state, and the District of Columbia. Judges who uphold same-sex marriage laws, Sekulow told (PDF) Congress in 2004, “have simply ignored the custom and experience of recorded Western history, flouting the laws of our country, and condescending to every major religious tradition in the world.”

ACLJ expanded its reach to Africa in 2010. The timing was no accident: Several African countries were in the midst of constitutional reforms, giving ACLJ a chance to shape these nations’ laws to fit their vision. ACLJ opened the Eastern African Centre for Law and Justice in Nairobi, Kenya, and an office in Zimbabwe, both of which gave ACLJ a voice in the writing of those countries’ constitutions.

ACLJ’s African offices went to work ensuring that constitutional reforms in Zimbabwe and Kenya enshrined Christian positions such as outlawing abortion and homosexuality. In the summer of 2010, the Kenyan Parliament produced a draft constitution, to be ratified by citizens, that permitted abortions when a mother’s life is at risk. (Abortions were previously banned in Kenya.) Jordan Sekulow told the Christian Broadcast Network that the Kenyan language amounted to “abortion on demand.” He also told Kenya’s Daily Nation newspaper that ACLJ had spent “tens of thousands of dollars” through its Nairobi office to defeat the proposed constitution.

ACLJ ultimately failed to block Kenya’s new constitution and the provisions banning homosexuality and abortion rights for women whose lives are at risk. But ACLJ didn’t give up. “We are working on going to court over those two issues,” Joy Mdivo, the executive director of ACLJ’s East African office, told the liberal think tank Political Research Associates in September 2011. “We shall also carry out further civic education to warn people of the dangers of homosexuality and abortion in Kenya.” (Political Research Associates has slammed (PDF) ACLJ’s activities as “colonizing African values,” while Jordan Sekulow has called PRA’s work “highly biased.”)

ACLJ pursued a similar mission in Zimbabwe. According to documents provided to Mother Jones by Political Research Associates, the ACLJ’s African Center for Law and Justice backed another Christian group, the Evangelical Fellowship of Zimbabwe, in pushing to criminalize homosexuality. Constitutional language proposed by EFZ and ACLJ’s main Africa office stipulated that “Zimbabwe is a predominantly Christian nation founded on Biblical principles”; that it is “murder to terminate a pregnancy”; and that gay marriage is illegal and gay “sexual relations” will “remain a criminal activity.”

This is the message that ACLJ and its leader, Jay Sekulow, Mitt Romney’s friend and adviser, are promoting around the world. Like Sekulow, Romney believes that same-sex marriage should be illegal, and he supports amending the US Constitution to define marriage as between a man and woman. But Romney’s ties to evangelical crusaders like the Sekulows undercut his last-ditch pivot to the political center—a move that Romney believes can deliver him the White House.