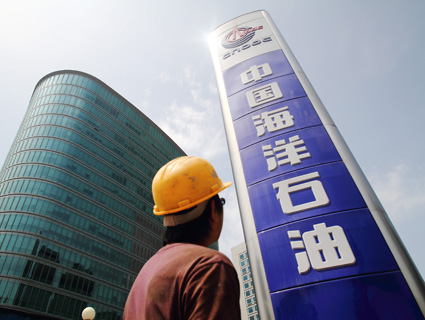 China is ratcheting up its fracking ambitions with virtually no regard for groundwater protection or other environmental safety measures, according to a new investigation by the independent publication Caixin. The report points to an October 24 white paper on energy development released by China’s top cabinet which “calls for ramping up the industry and pumping 6.5 billion cubic meters of natural gas from underground shale formations by 2015.”

“The model for China’s anticipated success is the US shale gas sector,” the article states. “Geologists estimate the nation’s recoverable reserves at about 25 trillion cubic meters, on par with the United States.”

Fracking has particular appeal in China because it provides an alternative to burning coal, which currently supplies about 70 percent of the nation’s consumed energy. Because natural gas can generate electricity at half the greenhouse gas emissions of coal, some see it as a way to reduce China’s carbon footprint.

But fracking isn’t without environmental problems, as I and my colleagues at Mother Jones have reported before. And Caixin‘s review of government documents as well as interviews with industry sources, government officials, and environmental advocates reveal that fracking’s risks have not come under public scrutiny the way they have in the US, “much less addressed by the [Chinese] government or controlled via environmental laws.”

If fracking takes off in China as planned, it will likely exacerbate the nation’s existing water crisis. “Most of the nation’s shale gas lies in areas plagued by water shortages,” the report says. With about 20 percent of the world’s population and only 6 percent of the world’s water resources, China is one of the least water-secure countries in the world. Its water shortages are made worse by pollution: According to the Ministry of Water Resources about 40 percent of China’s rivers were so polluted they were deemed unfit for drinking, while about 300 million rural residents lack access to safe drinking water each year.

There’s also serious risk of water contamination, as seen in the US fracking experience. Multiple studies in recent years including those by the EPA, Pennsylvania, and Duke University have concluded that shale gas drilling releases methane which can contaminate nearby water supplies. A 2009 ProPublica investigation found methane contamination from fracking was widespread in Colorado, Ohio, and Pennsylvania. But as Caixin reports, “there would be no legal reason to limit methane emissions at a shale gas well because China’s pollution standards do not cover methane.” One Ministry of Environmental Protection source told the publication that writing a new standard into law would take three years, “which helps explain why the State Council’s decision to fast-track the nation’s fledgling shale gas industry is making a lot of people nervous.”

Groundwater in 57 percent of China’s 660 cities have already been significantly polluted, according to the Ministry of Environmental Protection.

An unidentified source at China’s Ministry of Land Resources told Caixin that as shale gas development accelerates the government will likely introduce specific environmental policies to address fracking, such as groundwater protection. But these are not likely to be legally binding, an industry source told the publication.

Perhaps a bigger concern is that China’s main energy and economic planning agencies, including the Ministry of Land Resources, seem to view fracking’s environmental risks as minimal or inflated:

The MLR geological department source said, for example, that China’s shale gas is at least 3,000 meters and sometimes 4,000 meters underground—significantly deeper than aquifers, and separated from underground water by impermeable rock.

Other industry sources argue that fracking fluids, which are mainly comprised of water and sand, break down naturally over a short time. And chemical additives make up less than 0.5 percent of what’s injected, they say.

Similarly upbeat arguments against environmental fretting can be found in the government’s development plan for the period ending in 2015. It was jointly issued by four agencies including the National Development and Reform Commission and National Energy Bureau.

Commercial fracking operations in China have not yet started, according to Caixin‘s report, but some Chinese companies have drilled test wells, and the government has begun selling chunks of designated fracking territory. In its latest round of auctioning shale-gas exploration blocks, for example, the Ministry of Land Resources awarded two blocks to Sinopec and Henan Coal Seam Gas Development and Utilization Co, in deals worth an estimated $128.5 million.

Foreign companies including Royal Dutch Shell are also showing interest in China’s fracking plans. Shell announced earlier this month that it had shale gas agreements with three major Chinese oil companies. Caixin also reported in September that Shell was in talks with one company about a shale gas joint venture. ExxonMobil, BP, Chevron, and France-based Total are also working to form shale gas partnerships with Chinese oil and gas companies, according to an August National Geographic report.