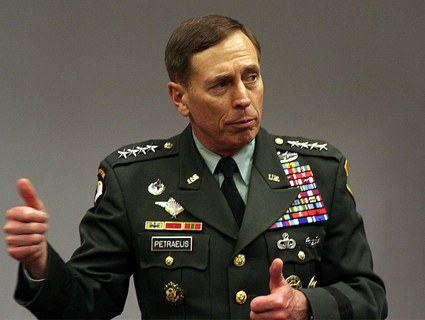 Among the many strange details emerging from the story of retired Gen. David Petraeus’ affair with his biographer, there’s this: US Central Command seems to have prepared more thoroughly for its military parties than for the war in Iraq.

News of Petraeus’ marital peccadilloes came to light after Jill Kelley, a Tampa socialite and friend of Petraeus, complained to her FBI friend about receiving harassing emails… which turned out to originate from Petraeus’ paramour, Paula Broadwell. Kelley, too, is alleged to have sent “hundreds” of emails (including allegedly “flirtatious” ones) to another general, Marine Gen. John Allen, who’s currently overseeing the war in Afghanistan.

Kelley’s involvement in the affair has shed light on the military’s robust social calendaring at MacDill Air Force Base, Central Command’s Tampa headquarters. Tampa has long been known for its gritty night scene—its main drag of strip clubs is literally up the street from MacDill’s gates, a straight shot north on Dale Mabry Highway—and Kelley was noted for hosting military VIPs during the city’s pirate-themed springtime Gasparilla Festival. She also was a VIP invitee to the service’s biggest party of the year, the annual Army Ball, in 2011. It was a party with an exacting military plan that might raise a few eyebrows.

Every Army officer is well-acquainted with the five-paragraph “operations order,” the basic memorandum format in which military maneuvers are written up—from major war campaigns to small intelligence-gathering trips. But it might shock some war veterans to learn that CENTCOM’s Army Ball that year was organized to the smallest detail in a whopping 17-page official op order with 13 appendices. Marked “UNCLASSIFIED,” the memo details how CENTCOM worked with the Pentagon’s Special Operations Command “to allow area Army personnel and friends to celebrate the 236th birthday of the United States Army and to promote beneficial public relations in the greater Tampa Community.”

Under Section III, “Execution,” the Army Ball’s executive committee chairman—Lt. Gen. Joseph Votel—noted that “[t]here will be five phases of the operation.” These included Phase IV, “Execution,” and Phase V, “Recovery,” in which the party’s organizing team “salvages what resources are practical and usable for future balls, performs an After Action Review, and transitions the resources available to the 2012 Army Ball Committee.”

Here’s the thing: That’s more planning and direction than CENTCOM put into postconflict reconstruction in Iraq. When planning for the war against Saddam Hussein in 2003, then-CENTCOM commander (and recent Romney adviser) Gen. Tommy Franks put together a slideshow presentation for President Bush and Defense Secretary Donald Rumsfeld, among others, that summarized their Iraq strategy. On every slide detailing every option for how to start the war, info on how the war would end—called “Phase IV, Post-Hostilities” in military parlance—was marked by a single word: “UNKNOWN.” 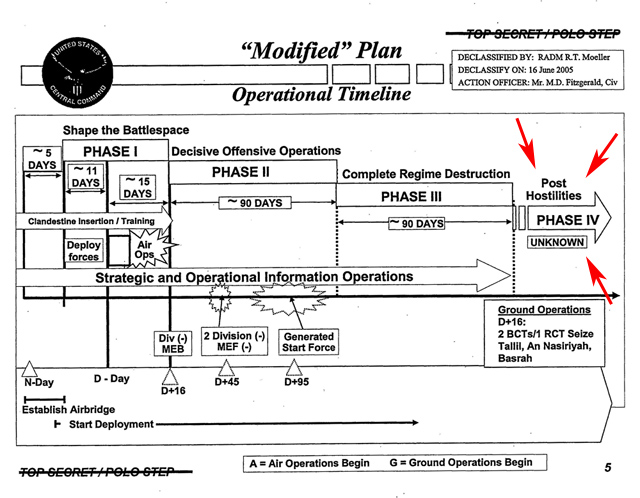 Is it really possible that one of the Army’s major combatant commands put more thought into its annual soiree than how to manage post-war Iraq? Of course, there were plenty of military personnel working on the Iraq question, even if their work never filtered up to the operation’s slide-writing deciders. But as l’affaire Petraeus demonstrates, every good party needs a planner.