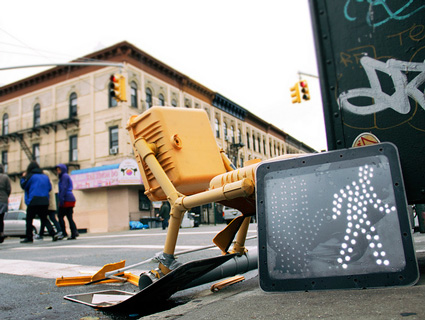 As thousands of survivors of Superstorm Sandy still are unable to return to their homes and others remain without power, debate over public response is growing. Does the Federal flood insurance program need reform? Will a multibillion-dollar swinging gate, like one in Rotterdam, shield Manhattan at the cost of additional flooding in Brooklyn and Staten Island neighborhoods?

Historical geography helps. When I was starting to write about unintended consequences in the early 1990s, one of the most valuable books I found about risk was the second edition (1993) of Ian Burton, Robert W. Kates (who now has an indispensable website), and Gilbert F. White, The Environment as Hazard. The death toll from natural hazards is far lower in industrial than in developing countries; in the United States, deaths from hurricanes, floods, and other calamities have generally been reduced over the last hundred years—the Galveston Hurricane of 1900 probably took five times as many lives as Katrina in 2005—while property damage has continued to climb. Material losses in Galveston were $30 million or about $600 million today; Governor Andrew Cuomo of New York says his state’s damages from Sandy could equal $33 billion.

What have we learned from Galveston through Sandy? It’s worth quoting from a more recent (2001) paper of the three

Flood control projects have served to encourage more floodplain development. Federal disaster assistance in some areas has encouraged continued occupancy of areas with repetitive losses (Conrad, 1998). Earthquake building codes have not been properly enforced. Land use regulations have been opposed through aggressive legal action and have often been applied with a lack of conviction, or have been subject to frequent variances obtained by political means. Insurance, even when coupled to land use regulation, has probably increased not reduced losses by encouraging growth in hazardous areas.Conflicting interests and lack of political will to resolve them seems to be at the base of many failures to apply knowledge effectively.

The authors raise a question that applies even more after Katrina and Sandy. Are we ready for a “cultural shift” in which the likelihood of extreme events—whatever the course of climate change—will affect all government and private planning, and individual decisions. There’s a long history of safety standards enacted in response to disasters, for example the international ice patrol inaugurated after the Titanic‘s sinking. But safety precautions like watertight bulkheads, and a history of safe evacuations after previous collisions in the North Atlantic, may have contributed to the tragedy. Living near the ocean is a cherished way of life for many people who can’t afford to rebuild to state-of-the-art survivability standards. European governments can be more high-handed. As McKenzie Funk wrote in the Times essay linked above:

The Dutch, after years of beating back the oceans, have a way of deciding what is worth saving with a dike or sea wall, and what is not. They simply run the numbers, and if something is worth less in terms of pure euros and cents, it is more acceptable to let it be flooded.

The same aggressive Dutch approach to taking for the public domain is apparent in the farms and communities taken to build a container railroad in the recent documentary The Forgotten Space.

So it’s hard to say whether to be incensed that so many people should be taking such known risks, or sympathetic to what remains of the idea of—as one survivor of Sandy on Staten Island put it—the “Poor Man’s Paradise.”