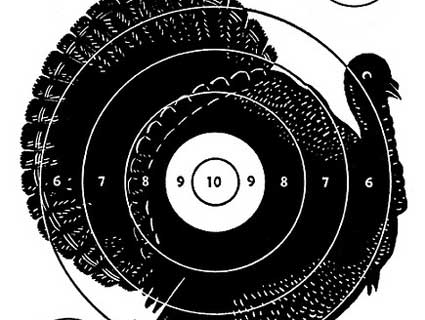 People who work in America’s big-box stores don’t have much to be thankful for, so maybe it’s for the best that many of them can no longer celebrate Thanksgiving.

At Walmart, Target, and numerous other large retailers, Black Friday has become Black Thursday—a day that’s much darker because it puts corporate profits ahead of, well, pretty much everything else that our country is supposed to care about.

This sad trend began last year at (where else?) Walmart, which announced that it would begin offering Black Friday specials at 10 p.m. on Thanksgiving night. Not to be outdone this year, Target announced a 9 p.m. Thanksgiving opening. But Walmart responded by pushing up the start of this year’s Black Thursday to 8 p.m.

You don’t have to be a marketing expert to see where our labor standards are going: retro. Like pre-1621 retro.

Thanksgiving is “one of the three days us retail workers get off a year: a day most of us spend with family we only get to see on that day,” says Renee C, the author of a widely circulated petition to get Target to say no to “Thanksgiving Creep.”

Target spokesperson Molly Snyder defended the company’s decision to open on the holiday. “Target’s opening time was carefully evaluated with our guests, team, and the business in mind,” she told me in an email. “Thanksgiving weekend is one of the busiest of the year, and we appreciete our Target team’s flexibility on this weekend and throughout the holiday season.”

Of course, many big-box workers have no choice to but to be flexible. The compliant get rewarded with more hours; the rigid quickly get downgraded to part-timers, union leaders say. Take the example of Greg Fletcher, a member of the overnight crew at a Walmart in East LA. On the night before Thanksgiving he will work a 12-hour shift, from 5 p.m. to 5 a.m. His wife, who also works at the store, must be there from 3 p.m. on Thanksgiving day until midnight. “For families like the Fletchers, there really won’t be a Thanksgiving this year,” said Dawn Le, a spokeswoman for Making Change at Walmart, a campaign working to unionize this and other Walmart stores. Yet Greg feels like he can’t say no. Normally, Walmart only gives him about 30 hours of work a week.

The thankless jobs aren’t just at Target and Walmart: Sears, Toys R Us, Gap, Banana Republic, Old Navy, and Kmart all will stay open on Thanksgiving too.

Broadly speaking, Thanksgiving Creep represents another example of “speedup“—or employers demanding more from their workers without offering them much of anything in return. In a sluggish economy, this is how they gin up profits.

“Just because there are millions of unemployed people does not mean that people who do have jobs should be denied a holiday off to spend with their families,” said a poster on Reddit who drew attention to Thanksgiving Creep yesterday. “It may sound naive, but I think treating each other well is a much better ethos for our society than ‘suck it up and be miserable.'”