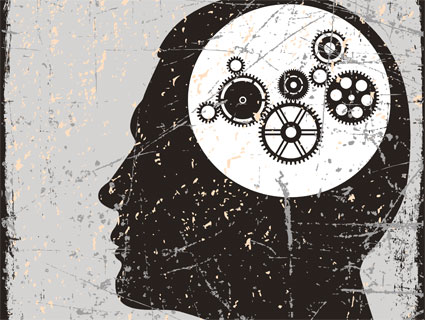 The tragedy in Newtown has revived a national debate about gun control, focusing attention on the laws (and loopholes) governing gun ownership in America, and raising a host of questions about how to prevent future Newtowns (and Auroras and Columbines and Virginia Techs). Chief among them is how to keep weapons out of the hands of mentally ill people. Newtown shooter Adam Lanza, whose mother was reportedly seeking to have her son committed to a mental institution, carried out the shootings with weapons that had been legally purchased by his mom, but across the country it’s frighteningly easy for people with serious psychiatric problems to purchase weapons.

It’s technically against federal law to sell guns to people with a severe mental illness, but in practice the background check system is so flawed it rarely filters out those with disqualifying psychiatric problems. There are a number of roadblocks to enforcing the law. One of them is that only gun sales by federally licensed arms dealers require background checks. That means a huge chunk—40 percent—of private gun sales don’t require buyers to be vetted. (This is the so-called “gun show” loophole, though currently six states have laws that close it.) The law also defines disqualifying mental illness narrowly. It only forbids gun sales to people who have been determined by a court to be seriously mentally ill, or who have been involuntarily committed to a mental institution. This means that the system often overlooks dangerous and disturbed people who don’t have a paper trail.

But one of the biggest issues with the current background check system is that many states submit little to no mental health data to the FBI’s National Instant Criminal Background Check System (NICS). Only 27 states authorize or require reporting pertinent mental health data to NICS, according to Mayors Against Illegal Guns. Nearly half the states in the country submitted fewer than 100 records between 2004 and 2011. Seventeen states have submitted fewer than 10 records in total.

Part of the problem is that information about involuntary commitments is often handled by  various local agencies that don’t have a direct reporting line to the FBI. Other states are in the technological stone age. Minnesota, for example, reported that its historical records on involuntary commitments are stored in paper form—and the state had difficulty uploading its files to NICS. Some states have conflicting privacy laws that don’t allow these records to be released.Bureaucratic chaos—from technology problems, to conflicting laws, to lack of funding—is largely what’s keeping these files offline.”We have no idea how many prohibited people there are in the United States,” John Strong, chief of the FBI section overseeing the NICS operation, told the Center for Public Integrity last year. “We’re not even close to being able to know.

There’s a solid civil liberties argument to be made for privacy laws that prevent the sharing of mental health data, though the folks who push for them make strange bedfellows. Civil libertarians say reporting mental health info to the feds could open the data up to use for other purposes. The Bazelon Center for Mental Health Law says that “many individuals who are not a danger to self or others may be included on these lists and there is a significant danger that those names will be shared with other agencies or entities (legally, accidentally or illegally) in addition to the FBI.” The American Psychiatric Association has also advised that the expansion of mental health data reporting proceed carefully, to make sure that those who need treatment aren’t deterred from getting help. The NRA, for its part, has lobbied in states across the country to keep mental health reporting requirements to a bare minimum, arguing that someone who was involuntarily committed decades ago (but has since recuperated) shouldn’t be barred from owning a gun.

There have been a couple attempts at the federal level to improve state reporting to NICS, but these efforts have done little to address the problem. After the 2007 Virginia Tech massacre, Congress passed the NICS Improvement Amendments Act, which was supposed to give states federal money to overhaul their computer systems in order to get more mental health records on file. But, as the Center for Public Integrity reports, more than three years later, only five percent of the money had been appropriated to states. That’s partly because, in order to receive funding, states had to comply with a provision forced into the law by the NRA that requires states to offer the mentally ill a chance to win back their gun rights. Many states didn’t like this measure and turned down funding. The Violence Policy Center, a Washington-based gun control group, says the legislation was “hijacked by the gun lobby.”

Last year, after the Tucson shooting,  the Department of Justice explored ways the government could expand the background-check system by culling mental health data from other federal agencies, increasing incentives for states to report data, and closing the gun show loophole. But, according to the New York Times, most of these potentially politically touchy proposals were shelved as the campaign season ramped up.

The effort gun control advocates are backing in the wake of the Newton massacre is the Fix Gun Checks Act, which was first introduced by Sen. Chuck Schumer (D-N.Y.) in the Senate and by Rep. Carolyn McCarthy (D-N.Y.) in the House after the Tucson shooting. (President Barack Obama also backs the proposal.) The legislation would further incentivize states to report records on the mentally ill, criminals, and other potentially dangerous people to NICS, by cutting federal grant money for noncompliance. It would also require background checks for every gun purchase, not just those done through federally-licensed dealers. The law didn’t pass in the 112th Congress, but Josh Horwitz, executive director of the Coalition to Stop Gun Violence, says, “There’ll be more momentum moving forward for unfortunately obvious reasons.”

McCarthy is planning on reintroducing the Fix Gun Checks Act in the next Congress. At a press conference Wednesday, she said that the Newtown massacre has catalyzed a national movement for stricter gun control in a way that other mass killings have not. “There’s always sadness after a mass shooting—there’s public mourning,” McCarthy said. “But this time, I’m also seeing a lot of anger.”