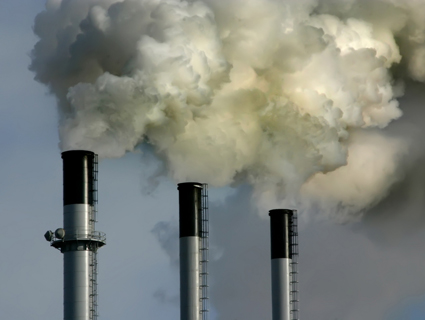 The Natural Resources Defense Council thinks it has the perfect solution to regulating planet-warming emissions from existing power plants. But can the group sell the Obama administration Environmental Protection Agency on it?

NRDC’s plan, released on Tuesday, outlines a framework for using the Clean Air Act (Section 111d, to be exact) to set new regulations on the country’s 1,500 existing coal plants. Rather than a straightforward limit on emissions—which would likely require major retrofits or shutting the plants down altogether—NRDC’s plan is somewhat more flexible. For starters, each state would have targets based on current emissions—so states that get most of their power from coal would have lower, more realistic targets than states that get their power from, say, hydropower. The state would work toward lowering its average across all power plants to meet the targets. Ambitious states like California could still adopt tougher targets for themselves that require deeper emission cuts than the federal rules.

The plan also builds in some flexibility for how states meet the standards. An older plant could make pollution-reducing retrofits to meet the goal. Or it could switch to lower-emission fuel, like natural gas. Or the state could increase its use of renewable energy, make improvements on energy-efficiency so that they need to burn less fuel in the first place, or roll out programs to reduce the demand for electricity.

The EPA announced limits on greenhouse gas pollution from new power plants last March. The comment period on the new rule ended in June, but the EPA has not yet finalized the rule. But even when it does, the rules still won’t address the oldest, dirtiest power plants. When the rules for new plants were unveiled, the EPA said it had “no plans” to start working on rules for old plants. The NRDC hopes this plan will offer some good ideas on how to do that.

NRDC says the plan would cut greenhouse gas emissions 26 percent below 2005 by 2020 and 34 percent by 2025. (That’s more than the 17 percent reduction by 2020 that the US has pledged in international negotiations thus far.) The group projects that the plan would cost about $4 billion annually by 2020, but would save lives and healthcare costs by reducing other harmful emissions like nitrous and sulfur dioxide. The plan “overturns conventional wisdom that relying on the Clean Air Act has to be expensive and won’t make much difference,” said Dan Lashof, director of NRDC’s climate and clean air program.

That’s a key point, because EPA administrator Lisa Jackson has long said that the Clean Air Act is not an “ideal tool” for cutting emissions. This is why so many environmental groups threw all their weight into trying to pass a climate bill back in 2009, thinking it would be a way to build a better, more flexible set of regulations. But, as you well know, Congress didn’t pass the bill in 2009 and doesn’t look likely to do anything like that anytime soon. So, we’re back to the Clean Air Act as the main vehicle for action on climate.

“For America’s health and welfare, for the nation’s economy, and for the health of our planet,” said Lashof, “we can’t afford not to produce strong emission reductions from existing power plants.”