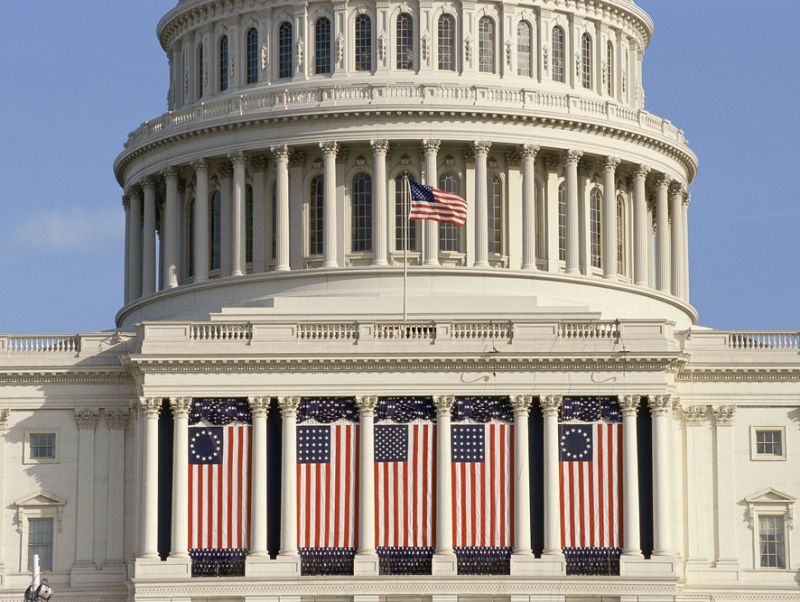 Just before President Barack Obama’s swearing in on Monday, a group of religious conservatives plans to hold a prayer breakfast featuring a number of anti-Obama conspiracy theorists. The Presidential Inaugural Prayer Breakfast—billed as offering “prayer, worship, and reconciliation of the nation”—will feature the editor of the birther site WorldNetDaily and minister and media mogul Pat Robertson, according its website. The organizers of the prayer breakfast also claim the House and Senate chaplains will speak at their event—appearances that may conflict with the non-partisan nature of the chaplain job.

House Chaplain Rev. Patrick Conroy and Senate Chaplain Barry Black (who has been in the news recently for his prayers during the fiscal cliff negotiations asking God to “save us from self-inflicted wounds”) are listed under the “Prayer for the Nation” portion of Monday’s event, just ahead of Rep. Michele Bachmann (R-Minn.) and Sen. Roy Blunt (R-Mo.). But featured speaker Joseph Farah, the WorldNetDaily editor, has drawn the most attention, given his website’s regular assertions that President Obama was actually born in Kenya and allegations that he is “the first Muslim president.” The event also features “messianic rabbi-pastor and author” Jonathan Cahn, who believes that there are signs of the apocalypse encrypted in Obama’s communications.

The group Faithful America started a petition on Thursday asking the chaplains to skip this “anti-Obama” event, which gathered more than 5,000 signatures in less than a day. But it got weird when Mother Jones asked the chaplains if they were actually attending the event. “Chaplain Black has NOT agreed to attend,” Senate Chaplain Black’s office responded via email. “We are working with the organizers planning the event to get his name taken off any promotional materials associated with this.”

A spokeswoman for the prayer breakfast who declined to give her name told Mother Jones that Black is scheduled to deliver a prayer at the event. “He spoke directly with us and said he was,” she said, adding that they will have to “clear up” any confusion.

We also reached out to House Chaplain Conroy’s office, but he was traveling and had not responded to a request for comment at press time.

The breakfast organizers seem to be having a hard time figuring out who is actually speaking at the event. On Wednesday, Media Matters detailed a rather bizarre exchange with organizer Rev. Merrie Turner as to whether or not Farah is an official speaker at the event.

UPDATE: Elizabeth Flock at US News reported on Friday that Senate Chaplain Black will not be attending the inaugural prayer breakfast. However, House Chaplain Conroy’s office said that Conroy will be in attendance and will recite a quick prayer. (Conroy’s office stated that he will not “stay too long,” though.)

As of 4:00 p.m. ET on Friday, the Presidential Inaugural Prayer Breakfast website continues to list the Senate Chaplain as a featured guest for their “Prayer for the Nation.”