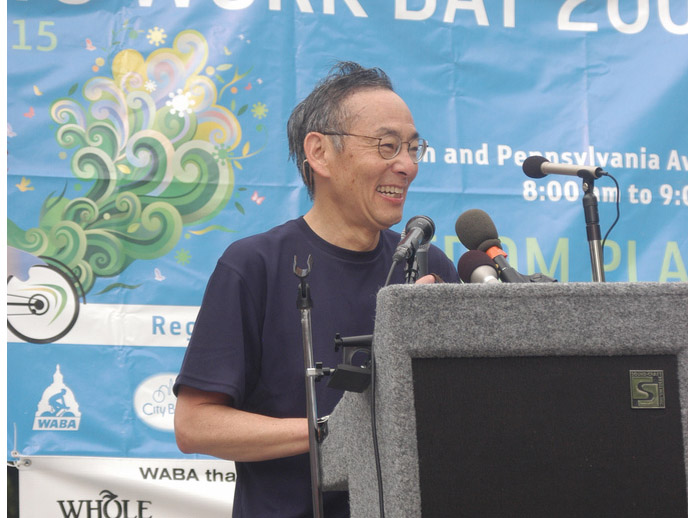 Another member of President Barack Obama’s cabinet is on his way out the door. On Thursday night, Bloomberg News reported that Energy Secretary Steven Chu is planning to leave the Obama administration. The Nobel Prize winner plans to announce his intentions next week, according to sources “familiar with the matter.”

Chu came to Washington from the Lawrence Berkeley National Laboratory in California, where he served as director. He’s a nerd’s nerd—a guy who does physics problems for fun and continued to bike to work in Washington (at least when the Secret Service would allow him to). He has been an advocate of a better energy policy and expanded government investment in research and development in his post at the department. But he often found himself stymied by the politics and bureaucracy of Washington, as The New Republic chronicled last year. He also found himself on the hot seat when the solar company Solyndra went bankrupt shortly after receiving a $528 million loan guarantee from the DOE.

With Chu’s departure, there will be only one person left from Obama’s original “Green Dream Team,” a term environmental groups endowed upon the president’s appointees to key departments. Green jobs guru Van Jones is long gone. Climate “czar” Carol Browner resigned two years ago, and the special post created for her was dissolved a few months later. Jane Lubchenco, the head of the National Oceanic and Atmospheric Administration, has said she plans to depart in February. EPA head Lisa Jackson also announced her plans to leave the agency at the end of December. And earlier this week, Interior Secretary Ken Salazar signaled that he, too, is signing off. Meanwhile, the change of leadership at the State Department—with John Kerry likely taking over for Hillary Clinton—is expected to shape our international climate policy as well as key decisions like the fate of the Keystone XL pipeline.

That leaves only one of President Obama’s original “green” appointments in place (at least as far as we know right now)—Council on Environmental Quality Chair Nancy Sutley. This is pretty significant, as the appointees on in these posts have pretty major roles in shaping environmental policy. The administration keeps saying that climate and energy will be an important issue in the next term, but there’s no question that a change of leadership in all the key agencies will impact what happens in the next four years.