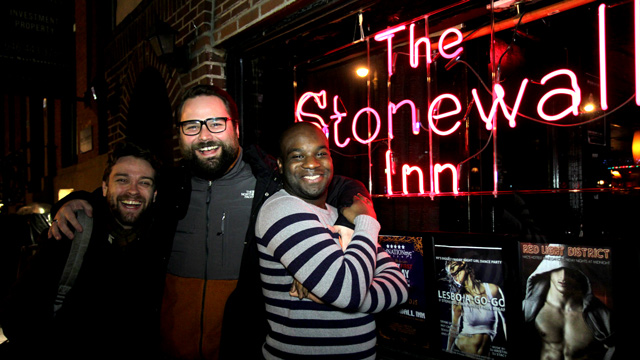 From L-R: Michael Padden, the assistant director of “Hit The Wall”, a play about the Stonewall riots; director Eric Hoff and playwright Ike Holter. James West

But there were a few people here on this chilly January night who came to honor the legacy of the bar President Obama named as a touch-stone of the American civil rights movement. Equality, the President said, “is the star that guides us still; just as it guided our forebears through Seneca Falls, and Selma, and Stonewall”—referring to the early hours of Saturday, June 28, 1969, when patrons decided enough was enough, and reacted en masse to a routine police raid to clear out deviants. Resistance attracted crowds in the streets of New York’s Greenwich village, escalating into violent protests that lasted for six days. It was a moment that galvanized the gay rights movement.

Those that spoke of the significance of President Obama’s words were emotional, overjoyed at having this historic place ranked in that lineage of struggles, in such an important speech.

“We’re not just a bar. We’re the Stonewall. It’s like owning Rosa Parks’s bus. We don’t own the movement, but we own the bus,” said Stacey Lentz, one of the bar’s owners, and an activist. “This is where it started, and to have that history acknowledged in the civil rights context, that’s the thing too. We’ve always said gay rights is civil rights, and I think he summed that up today perfectly.” She called President Obama’s speech “a huge, huge win for gay rights across the country.” 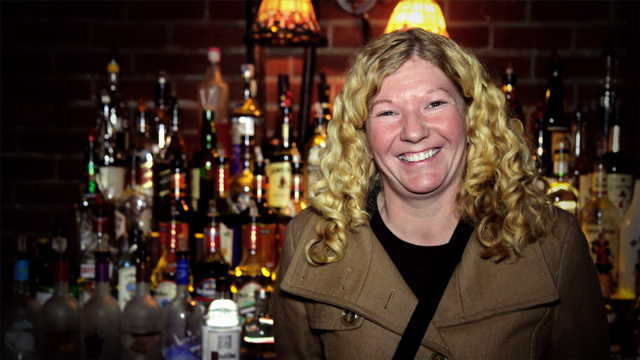 One of the owners of the Stonewall Inn, Stacy Lentz. James West

Also at the bar was Ike Holter, who has written a new play about the riots called “Hit The Wall”, which follows 13 unlikely characters who end up at the bar in 1969. Holter couldn’t believe the coincidence between his current work and the President’s speech and was the first one to arrive at the bar when it opened.

“I was very proud of my President,” he said. Holter’s play will open off-Broadway at Barrow Street Theater, mere blocks from the Stonewall Inn, in early March.

Holter’s director, Eric Hoff, joined him at the bar for a few drinks. “The alliteration is nice for one thing. It’s a really poetic way of highlighting the kind of cascade of forward-thinking movement in this country,” he said. “I don’t think I expected him to be so explicit.”

“I was very emotional today watching the President deliver those words,” Hoff said.

Opera director Beth Greenberg rocked up just to be in the bar on an historic night: “To say in the same phrase: Seneca Falls, Selma Alabama, and Stonewall, just blew me away, legitimizing everything that we’ve striven for for the past 40 years in the gay rights movement. What can I say? Amazing.”

“I’m not a real flag-waver, but today’s a day to wave the flag,” she said. “We’re still trying to make a perfect union, and we will continue to try to make this union perfect, but it’s pretty darn good.” 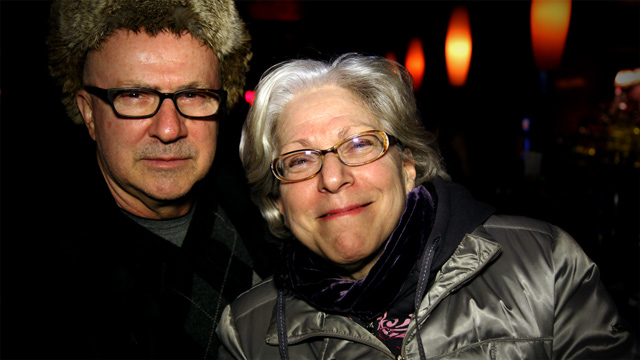 “I found it so impressive,” said Jerry Holste, standing underneath the portraits of 1969 protesters in a room behind the bar. “I never thought in my lifetime I’d see Stonewall included in that list,” he said. “To see a President do this, it’s…”

He couldn’t find the words. 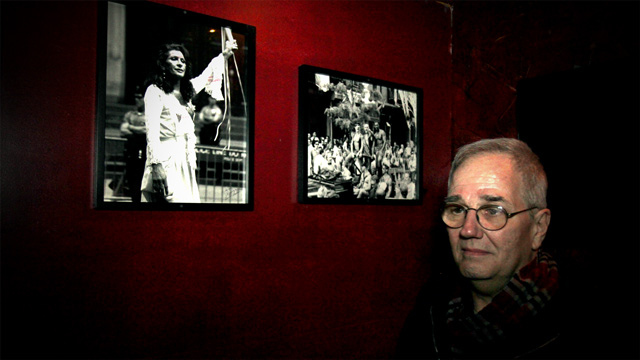