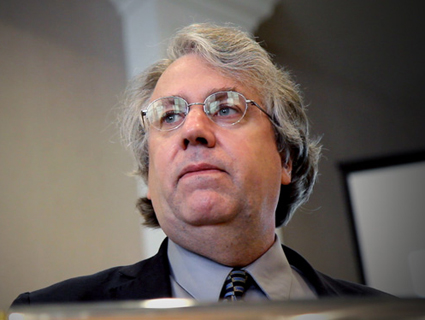 At this point, climate change is so politicized that it’s difficult for the general public to sort out what scientists really know—and don’t know—about it. Penned by Kerry Emanuel, an atmospheric sciences professor at the Massachusetts Institute of Technology, this latest edition of What We Know About Climate Change is the most comprehensive, readable, BS-free rundown on the topic that you’re likely to find. It’s short enough to read in a day, apolitical enough to appeal to both your Fox-obsessed wingnut uncle and your dreadlocked freegan older sister in Brooklyn, and just detailed enough to provide a reload of fresh intellectual ammunition to help you engage others on the topic.

Climate change can be hard to debate intelligently because it’s so inextricably bound up in highly complex and technical science—which is why it is so often glossed over by the media and ignored altogther by politicians. And then we end up with a picture as murky as weather predictions made months in advance. That’s why I strongly recommend that you take a (short!) break from whatever you’re reading and check this out instead.

The over-arching metaphor is the story of Phaeton, son of the Greek sun god Helios, who is entrusted to pilot the sun chariot across the sky but crashes spectacularly, killing himself, scorching the planet, and making Africa really hot forever after. It’s a story of hubris and squandered responsibility, but Emanuel uses it as a not-so-subtle reminder of our hand in wrecking the atmosphere. 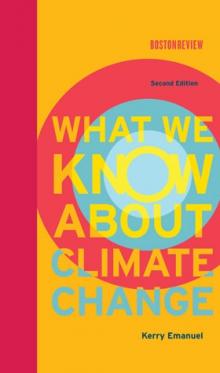 In addition to his renown as a hurricane expert, Emanuel has made a bit of a name for himself as an outspoken Republican who believes in climate change—a position that has garnered him death threats from a slew of kooky right-wingers. While the majority of the book steers clear of politics, Emanuel does take a few pages to vent frustration at his party, in particular the “scientific illiterate” Senator James Inhofe (R-OK), who earns the dubious distinction of being the only politician mentioned by name in the book.

Journalists and environmentalists also take some totally deserved heat for muddying public understanding of climate science. Still, Emanuel’s principle focus is on guiding us gently through the world of climatology, which he does with a surety that would make Helios proud.